'I don't think I need to change anything -- mental approach or technique. I just try to keep my focus and work hard' 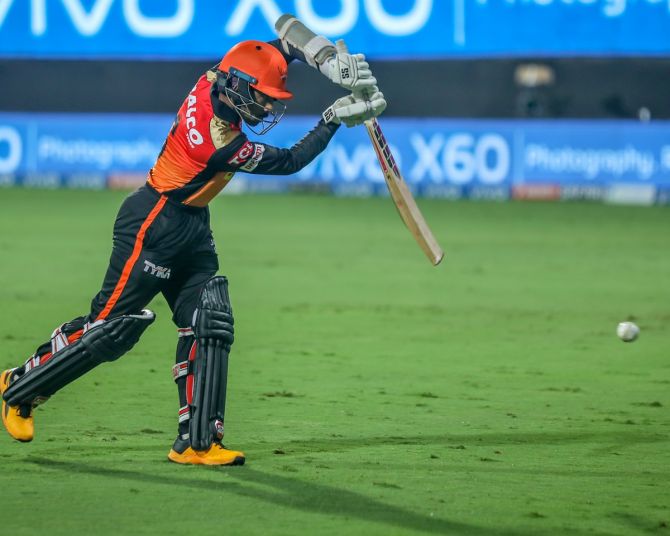 It's a circle of life that has put Wriddhiman Saha in the same position that he was a decade back when he came to England in 2011 as skipper Mahendra Singh Dhoni's understudy.

The script was repeated in 2014 with Saha seen dutifully carrying the bats, towels and drinks for his teammates and in 2021, he is again expected to watch Rishabh Pant's pyrotechnics from the dressing room, something that has solely missed from his style of batsmanship despite being decent at his craft.

"Obviously, there would be criticism when you don't do well. I always try to deliver the way I've learnt over the years," Saha said in an interview, ahead of joining the team's bio-bubble in Mumbai on Monday.

Despite being steady with the bat, somehow Saha's willow wielding hasn't exactly inspired the highest confidence and the question raised doesn't amuse him one bit.

"If people are saying my batting is not up there, maybe that's the case... But, I don't think I need to change anything -- mental approach or technique. I just try to keep my focus and work hard," the reticent Bengal stumper said.

He accepts that post Dhoni's retirement and his spate of injuries during the whole 2018 season, it was Pant, who had best utilised the chances that came along.

"Parthiv (Patel), DK (Dinesh Karthik) and Rishabh got chances after I got sidelined due to injury. But it was Rishabh, who made full use of the opportunity and cemented his place in the side. Maybe I played some matches here and there..."

India will be playing six Test matches in England over the next three months and while Pant starting during the World Test Championship is a no-brainer, Saha might fancy that some chance will come along his way with five games against England starting August.

"I think representing India itself is a big motivation, and it will be much bigger if an opportunity comes my way," Saha, who has played 38 Tests, scoring 1,251 runs and accounting for 103 dismissals, said.

"Ultimately, everyone faces this kind of a challenge in a small or bigger way. But being with the team and representing your nation from 1.4 billion is far bigger."

A team man to the core, Saha believes that despite his 11 years of stop-start Test career, he has never had any bitter feelings of being left out in the cold at times.

"I always approach my game with this mindset. For me, the team always comes first and I will always want my team to win. It has never affected my personal relations with anyone," he said.

Looking ahead to the WTC final, Saha said the onus would be on the batsmen.

"Looking into the English conditions, batsmen will face the maximum challenge. Pace bowlers always get the advantage there. So the batsmen will hold the key. The team who bats better will be ahead," he said.

Asked to compare Virat Kohli and Kane Williamson, his Sunrisers Hyderabad captain in the IPL, Saha said: "Kane is always cool-headed and goes about his job in a calm and composed manner. But it's about the challenges on-the-field rather than the off-the-field talks."