'When I was hit in the fingers and was unable to play the two former captains refused to captain the side.'

'I was surprised that he (Mathews) started bowling just a week after I was taken off captaincy.' Sri Lanka's Tillakaratne Dilshan, who has just retired from One-Day International cricket, suggested he did not have enough support from his teammates during his 10-month stint as captain and was "hurt" by the manner in which he was removed from the post.

Addressing a post-match press conference after the loss to Australia in the third ODI Sunday, Dilshan lamented that two former captains gave him no support when he assumed captaincy in 2011.

"When I was hit in the fingers and was unable to play, the two former captains refused to captain the side. One of them agreed only after a lot of convincing," Dilshan said without naming either Kumar Sangakkara or Mahela Jayawardena.

Sangakkara did lead in the third Test in Rose Bowl against England when Dilshan was forced out of the team due to injury.

He also said that current captain Angelo Mathews had refused to bowl citing an injury during Dilshan's captaincy.

"I was surprised that he started bowling just a week after I was taken off captaincy," Dilshan said.

Though Dilshan said the manner of his ousting did cause hurt, he insisted he did not let "personal issues" affect his cricket.

Sri Lanka's first assignment after the South Africa tour was the 2012 tri-series in Australia. Dilshan top-scored in that tournament, hitting 513 runs at an average of 51.30. 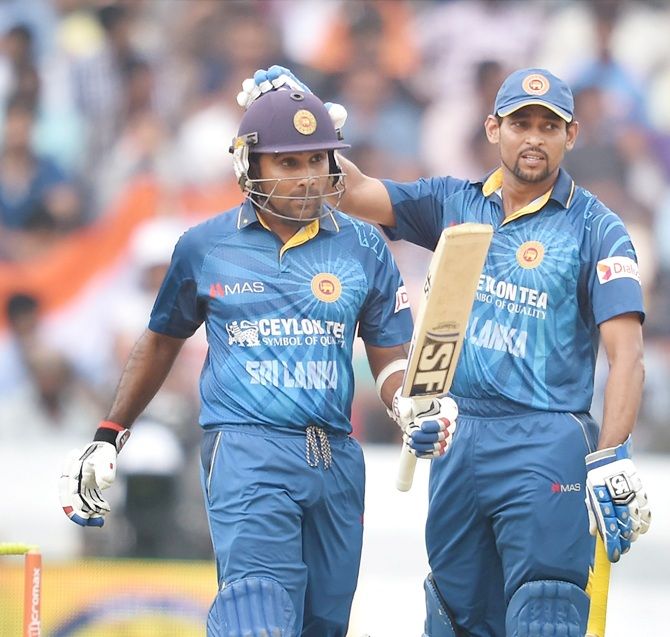 "At the end of that South Africa series, I put everything aside. I went to Australia, scored 500 runs, and became Man of the Series. It didn't matter to me who was captain. I wasn't concerned about who ousted me as captain. I always play for my country. I didn't worry about those personal things, but I was hurt."

Dilshan said he decided to retire after a 17-year career because he wanted to give the younger lot a chance to make an impression.

The former Sri Lanka captain retired from Test cricket in 2013 and continued playing in ODIs and T20Is.

There will be no cricket until Sri Lanka tour South Africa in January.

"For me I see no point in just training with the squad," he said.

He is expected to play in the two T20 internationals coming up against Australia next week.