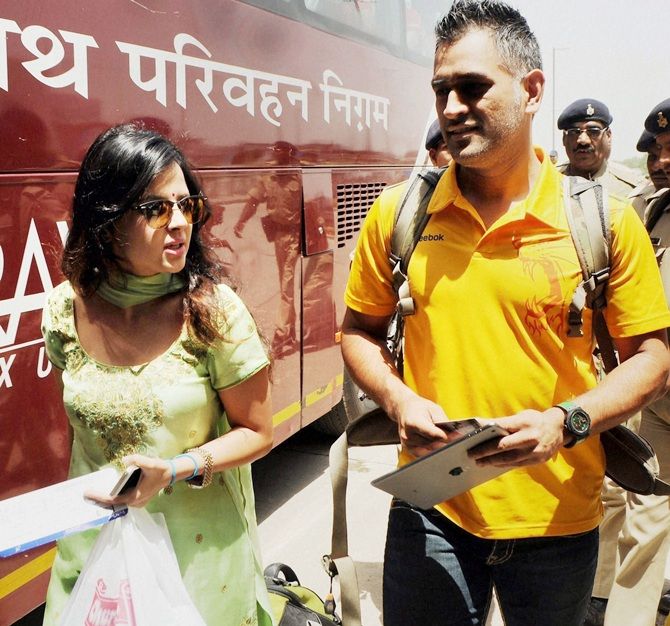 Taking a serious view of public sharing of Aadhaar details of Mahendra Singh Dhoni, the Unique Identification Authority of India has blacklisted for 10 years the entity that had enrolled the ace cricketer.

The UIDAI has also ordered an inquiry to determine any possible involvement of others and take action as per the Aadhaar Act.

"We have blacklisted VLE (Village Level Entrepreneur) who enrolled M S Dhoni for leaking Aadhaar receipt which carried his personal information. At UIDAI, we are very strict on the privacy issue. We have ordered further inquiry on the matter and action will be taken against all those involved in the leak," UIDAI CEO Ajay Bhushan Pandey said on Wednesday. 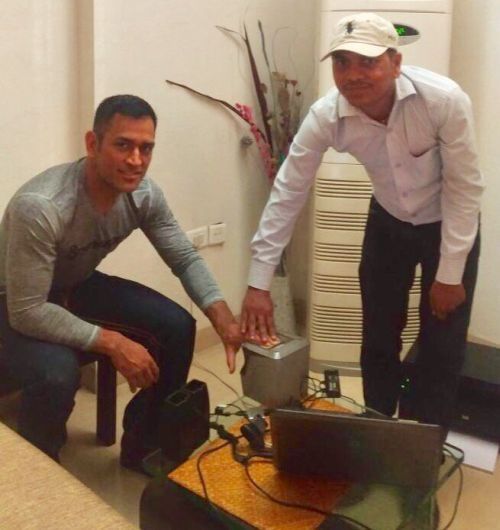 IMAGE: Mahendra Singh Dhoni gets his biometric identification done by the UIDAI employee who later tweeted the details. Photograph: Twitter

He also said action will be taken even against those involved in tweeting the picture of the receipt through the official Twitter account (CSCeGov) of the state-run CSC e-Governance Services.

The UIDAI crackdown came after Dhoni's wife Sakshi flagged the matter and complained about it to Law and IT Minister Ravi Shankar Prasad, who promised swift action.

The agency's Common Services Centre (CSC) through its handle @CSCegov posted a tweet on Tuesday saying "ace cricketer Mahendra Singh Dhoni and his family get their Aadhaar updated at VLE Mariya Farooqui's CSE at Ranchi, Jharkhand".

Prasad was tagged in the tweet. It included a photograph of the cricketer with a CSC representative and another of his personal details on what appeared to be the Aadhaar website.

"Is there any privacy left? Information of Aadhaar card, including application, is made public property," Sakshi had tweeted.

While thanking Sakshi for bringing up the issue to his notice, Prasad said, "Sharing personal information is illegal. Serious action will be taken against this."