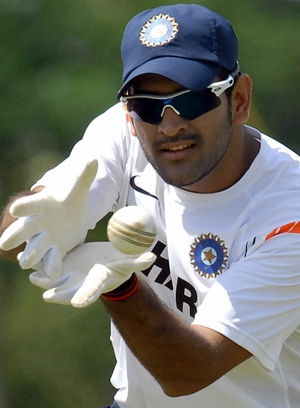 Dhoni has entered into a two-year deal with Rhiti Sports Management and Mindscapes, which will manage the Indian skipper's long list of endorsements and brand associations, corporate profile, patents and digital rights, images, visibility on social networking sites and merchandise through a joint venture.

Confirming the development, Rhiti Sports General Manager (Operations) Sanjay Pandey said as per the agreement, the company will be looking after Dhoni's entire spectrum of endorsements.

"Yes, we have entered into a two-year contract with Dhoni for Rs 210 crore. We have signed the contract a week back. From now onwards we will be handling Dhoni's endorsements," Pandey said.

Currently, Dhoni is the country's most expensive sportsperson and is associated with 22 brands such as PepsiCo, Reebok, Aircel, Godrej and Hersheys.