'As a keeper, he has shown over the years that no one is better than him in this format.' 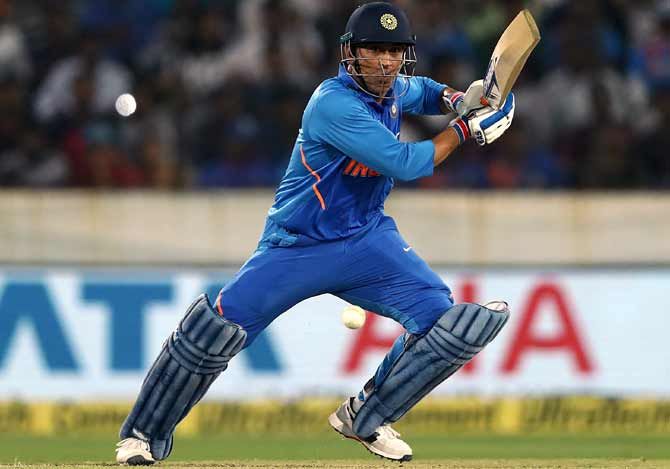 Mahendra Singh Dhoni will have a massive role in India's bid to regain the World Cup, coach Ravi Shastri said, harping on the veteran's ability to influence the game's little moments.

"Massive as it has always been," Shastri said on Tuesday on the eve of the team's departure for the World Cup, when asked what he thinks would be Dhoni's role in the ICC's upcoming showpiece.

"He is right there, his communication has been fantastic. As a keeper, he has shown over the years that no one is better than him in this format, not just in taking catches, inflicting those run-outs or stumping, these are little moments in the game which can change it on the head and there was no one better than him," he said.

Dhoni, who will be playing in his fourth World Cup, amassed 416 runs at an average of 83.2 in the recently-concluded Indian Premier League and led Chennai Super Kings to the final, and Shastri said he was impressed with the veteran's footwork during the league.

"It is great to see the way he was moving in the IPL especially when he was batting, the footwork, the power with which he was hitting the shots, he will be a big player in this World Cup," Shastri said.

The India coach said it would be the most challenging World Cup considering the quality of the opposition teams and the change in format.

"It will be very challenging. If you look at 2014 and 2019 now, the gap has become closer between the teams. You see what Afghanistan, Bangladesh were in 2014 and what they are now, so it is a strong competition. West Indies, on paper, is as strong as any other team," he said. 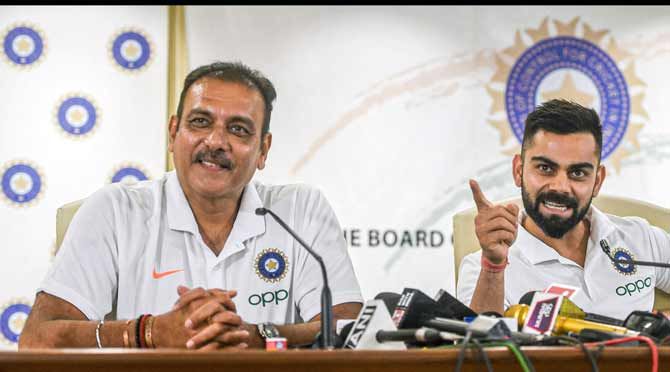 The pitches in England have become flatter over the years with the recent ODI series, involving the hosts and Pakistan, witnessing scores over 350 runs almost regularly. However, the former skipper said India will have to be flexible since overcast conditions can change things at the Old Blighty.

"I think our mantra will be to be flexible according to the conditions because this is one country in the world where the pitches may be flat but if there is overcast condition then you have to be up for it," he said.

"In no other country, overcast conditions matter so much but in England they do, London might not make that difference but if you go up north and it does get overcast then you will see things happen, so we have to be ready for that and prepare to be flexible."

Shastri believed India shoudn't try to do anything differently and only play to their potential.

"This team has played good cricket in last five years. They have been striving for consistency. They will not play any differently because it is World Cup. They need to enjoy it and if they play to their potential the Cup can be ours," he said.

Talking about the bowling attack, the coach said: "This is an experienced unit. They have been together for the last 4-5 years, they have bowled as a unit together, they accomplished what they set out to do in Tests and the endeavour will be the same here as well, to complement each other and keep the pressure right through the 50 overs."

Should World Cup have play offs like the IPL and Shastri responded in the affirmative.

"I have always said that, that's why the IPL format is fantastic, you never know in future, down the line, they (ICC) might think of doing it because of what exactly you said, you know that can happen, but at this moment of time, we will have to just say bad luck."