The unorthodox all-rounder, though, made it clear that he could play many matches for India because of the support he received from the former captain.

"Growing up Sachin (Tendulkar) was my idol like every aspiring cricketer. I regret I could not play with him. But when it comes to favourite cricketer, it has to be Dhoni," Kedar said on Thursday during Chennai Super Kings's Instagram Live chat.

"When I met Mahi bhai I thought he is India's captain and he would be very strict. After meeting him, I don't see any other image when it comes to favourite cricketer," added.

Kedar has made 1389 runs with two hundreds and six fifties for India since making his ODI debut in 2014.

"I could have played 8-10 ODIs but Mahi bhai supported me and he had a calming effect on me. When I see him I get confidence and if you get that from your captain, it helps a lot," he said.

A big fan of Salman, Jadhav was in a fix when asked to pick between the actor and Dhoni.

"Because of MS Dhoni I got to play however many matches I played and also because of Mahi bhai I got to meet Salman Khan. So I can't pick between the two. It's like asking to choose between Mum and Dad," he said.

He was also asked about his unusual side-arm bowling action.

"I tried it at the nets. That time Anil (Kumble) bhai was the coach and he said no it's legal. Then in the 1st ODI, I got Jimmy Neesham out (caught and bowled).

"That was my first wicket and then Mahi bhai gave me the confidence that I can bowl. I had not bowled much in domestic cricket also. But it was because of him that I got confidence." 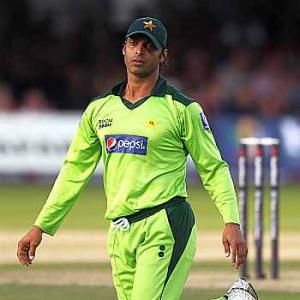