Dhoni is an amazing captain and a strong leader: Gilchrist "I have said it number of times before that I am very impressed with Dhoni right from the moment he arrived into the scene. He is an amazing captain and has won India T20 and ODI World Cups and also India reached the pinnacle by reaching the number one spot in Test cricket," he told reporters.

‘Australia would start as the favourites’ 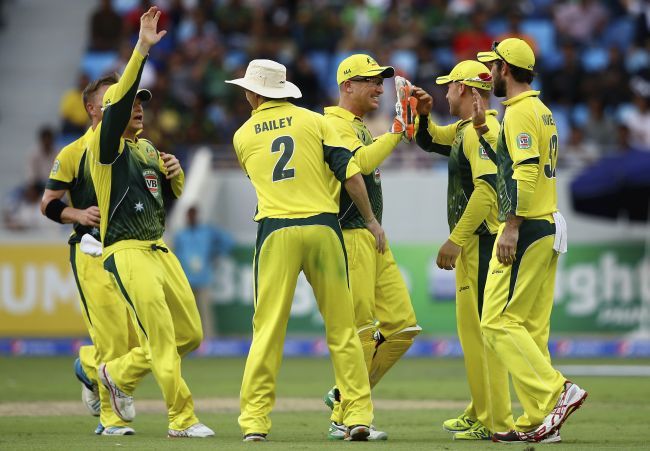 Australian team celebrates after a fall of a wicket. Photograph: Francois Nel/Getty Images

Former Australia captain Chappell had said earlier this month that he did not find Dhoni good enough to be India's Test captain anymore and said it was time to hand over the reins of the team to Kohli.

Dhoni clearly is a strong leader and a quality all-round cricketer, Gilchrist said adding that he is calm and is an extraordinary character.

Gilchrist said Australia will be one of the favourites to win the 2015 World Cup but there could be three or four other contenders.

"I think Australia will be one of the favourites in the start of the World Cup tournament. Don't know there is one favourite. Any number of three or four teams could win the World Cup," he added.

Asked about India's chances in the upcoming Test series in Australia, Gilchrist said all the teams hold the home ground advantage at the moment and that is reflected in the performances of India, England and Australia.

"As of now the teams are maintaining home ground advantage at the moment. You can see Australia, India and England - they have not done well abroad," he said.

Indian batting will fire in Australia 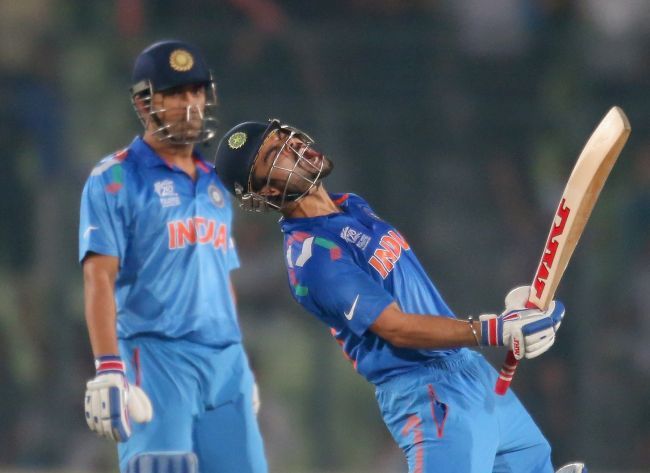 Regarding India he said, "I am sure India and Virat Kohli would have addressed themselves and checked their mistakes, and are ready for the Australian heat," he said.

Gilchrist further said he did not find any problems with the Indian batting line-up.

"I don't see any reason why the (Indian) batting line-up shouldn't be successful. I don't know the wicket will have steep bounce and do something sideways." he said.

"However, everything depends on the mental set-up of a team," he added.

Will the absence of players like Sunil Naraine, if he is not cleared for his dubious bowling action, affect competitiveness in the World Cup to be played in Australia, Gilchrist said the game is bigger than individuals.

"There was a time when Sir Donald Bradman left the scene. Even we have seen Sachin Tendulkar leave the game, but the cricket goes on," he said.