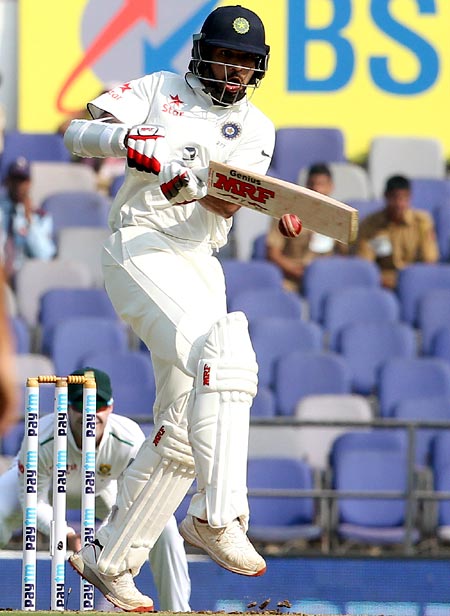 The right-handed batsman, 33, underwent surgery on his wrist in England following the four-Test series against Australia and missed the 10th edition of the Indian Premier League earlier this year.

"Vijay, who had suffered a wrist injury during Australia's tour of India, has complained of pain in his right wrist, while playing a preparatory match," BCCI said in a statement on Monday.

"The BCCI medical team has therefore advised that Vijay should continue his rehabilitation program."

Dhawan, 31, returned to India's Test side following injuries to the regular openers and played the second Test against New Zealand in Kolkata last September before he was also ruled out with a hand injury.

KL Rahul and Abhinav Mukund are the other opening batsmen in India's squad.

The first Test starts in Galle on July 26.