Rohit, Kohli among those rested 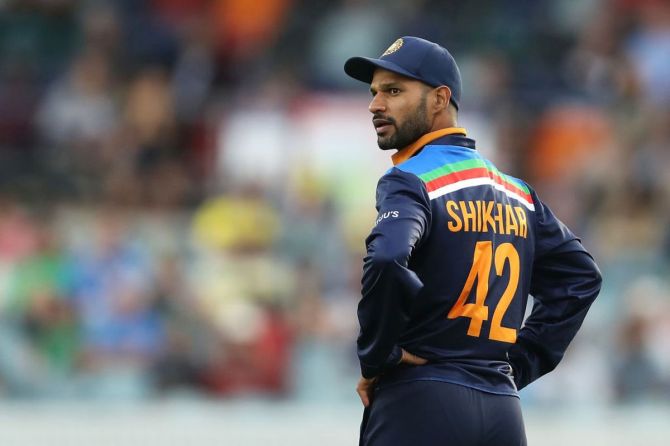 Shikhar Dhawan was on Wednesday named India captain for the three ODIs against the West Indies in the absence of regular skipper Rohit Sharma, while Virat Kohli and Rishabh Pant were among those who have been rested for the series beginning on July 22 in Port of Spain, Trinidad.

Two other senior players, Jasprit Bumrah and Mohammad Shami have also been rested. Hardik Pandya, who recently made his India comeback following a successful IPL, is also not a part of the side.

Deepak Hooda, Sanju Samson, Ruturaj Gaikwad and Avesh Khan, who are not part of ODI squad for the series in England beginning July 12, have been included in the 16-member team for the West Indies tour.
Shubman Gill, who last played an ODI in December 2020, has also got the selectors' nod.

Ravindra Jadeja has been named Dhawan's deputy for the series.

Dhawan, who only plays ODI, had first captained the side during the tour of Sri Lanka last year when the Test specialists were in England.

There has been criticism from some quarters regarding the appointment of too many captains of the Indian team over the past one year with Bumrah, Pant, Rahul, Hardik, Dhawan leading the side due to scheduling and injury issues, and as part of workload management.

All the three games will be played in Port of Spain.

The games in the West Indies are the only ODIs India will play before the T20 World Cup in Australia and therefore, senior players being rested doesn't come entirely as a surprise.

After the ODIs, India will play five T20Is against the West Indies in the Caribbean and the United States, the squad for which is yet to be announced.

Considering every T20I game is important before the World Cup in Australia, the senior players are likely to return for the five-match series to be played from July 29 to August 7. The T20I matches will be played in Trinidad, St Kitts and Lauderhill in Florida.