Launching a scathing attack on CoA members Vinod Rai and Diana Edulji, BCCI secretary Amitabh Choudhary on Friday asked how can all the powers rest in the hands of "two individuals" in a democratic set-up.

The CoA and the BCCI office-bearers (with support of state units) have been engaged in an ugly shadow battle with the Supreme Court-appointed Committee not ready to involve the latter in policy making decisions leading to a lot of acrimony. 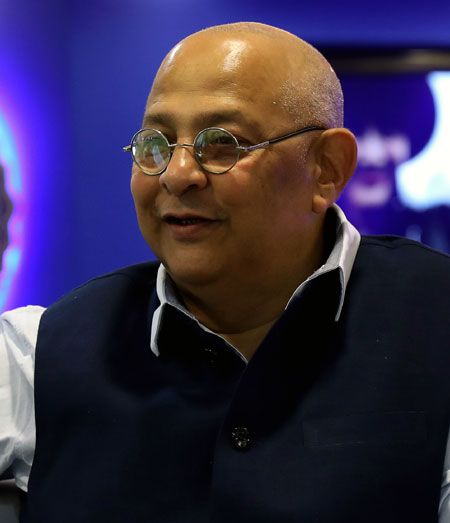 The latest bone of contention is the SGM scheduled in the national capital on June 22, which the CoA is trying to veto having issued instructions to not entertain any invoices (airfare, TA/DA) raised by the officials.

The CoA in its letter had raised seven-point objection stating that BCCI's general body no longer has the monopoly to take decisions.

"The process has to be democratic and decision-making of policy nature cannot rest in the hands of 2 individuals and without even being the BCCI, they cannot bind the organisation without its authorisation, consent and free will. The CoA or the office bearers, it is respectfully submitted, are not empowered or obligated to take policy decisions," Choudhary wrote in his letter to the CoA, where he referred to the former CAG as "ex-member of the prestigious IAS from Nagaland cadre".

While Rai in his letter had pointed out that "public are primary stakeholders" while players form the "very core", Choudhary in his sarcasm laced reply suggested that the "decisions taken at SGM could be taken by public referendums like Brexit".

"Two individuals taking decisions in the most opaque manner have become the repository of all things democratic, transparent and public good. If your interpretation of the recommendations of the Justice Lodha Committee with regard to the people's stake and participation are to be accepted then the AGM of the BCCI could well be held with the next General Elections and decisions at SGMs could be taken by public referendums such as the Brexit vote in the UK."

According to Choudhary, the manner in which CoA has interfered in each and every policy decision showed whose contentions are self serving.

"The undersigned is surprised at the manner in which everything is being interpreted by the CoA as an attempt to bypass the orders passed by the Hon'ble Supreme Court when every care has been taken by the undersigned to comply with each and every order of the Hon'ble Court.

"It is also submitted most respectfully that even the public at large may easily interpret as to whose contentions are self-serving, however, your view that the arguments raised by the undersigned have no basis either in law or fact is a notion that is factually incorrect and legally unsustainable."

"In the facts and circumstances, arrogation of powers to itself and flawed interpretation of judicial orders, it is humbly requested to kindly withdraw the orders which might come in the way of the constitutional functioning of the BCCI and may hamper the decision making of the General Body by restricting flow of information to the Board through the staff of the BCCI,"Choudhary urged Rai.