The Supreme Court on Monday will take up the final report on the Indian Premier League (IPL) spot-fixing scam submitted by a committee headed by Justice (Retired) Mukul Mudgal on November 3. 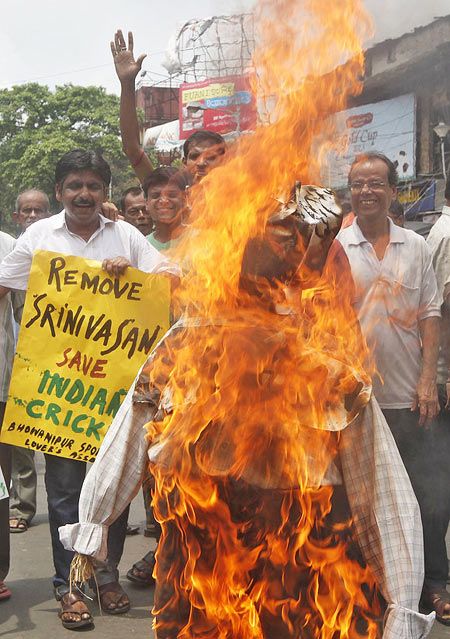 The case could decide the fate of some of the biggest names of Indian cricket.

On Monday, the fate of former BCCI boss, N Srinivasan will be decided along with that of his son-in law Gurunath Meiyappan and Raj Kundra, co-owner of Rajasthan Royals.

Last week, Justice (retd) Mudgal submitted the final report in a sealed cover to the Supreme Court, adding that the information was final and based on the findings by the investigating team.

The Justice Mukul Mudgal-led committee was appointed by the Supreme Court to investigate the fixing and betting scandal in the IPL.

The report was submitted almost six months after the apex court had asked Indian Police Service officer BB Mishra and the police departments in Delhi, Mumbai and Chennai to assist in the investigation.

Meanwhile, the Board of Control for Cricket in India's (BCCI's) annual general meeting is scheduled to be held on November 20. The outcome of the Mudgal Committee report is expected to have an impact on the voting pattern and on Srinivasan's future as a cricket administrator.

Image: Protesters burn an effigy of Indian cricket board (BCCI) President N Srinivasan during a protest demanding Srinivasan's resignation in Kolkata on May 26, 2013.