Images from the 2022 Commonwealth Games cricket semi-final between India and England, at Edgbaston in Birmingham, on Saturday. 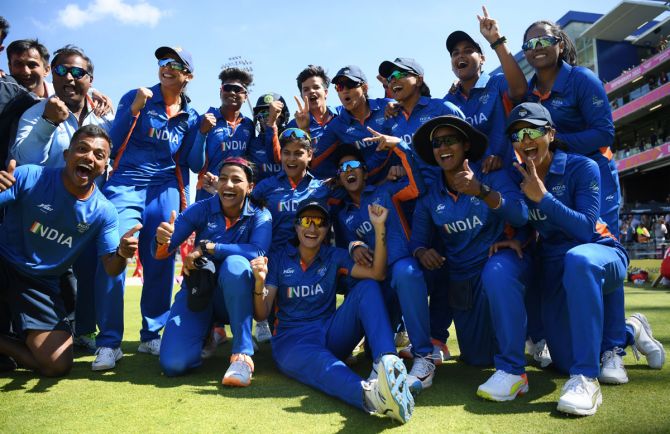 IMAGE: The India women's team celebrates winning their semi-final against England at the 2022 Commonwealth Games, at Edgbaston in Birmingham, on Saturday. Photograph: Alex Davidson/Getty Images

All-rounder Sneh Rana showed nerves of steel by choking runs in the death overs as India's women's cricket team pipped hosts England by four runs to enter the final at the Commonwealth Games in Birmingham on Saturday.

Needing 165 to win, England were cruising at 132 for 3 after 16 overs, needing 33 runs off 24 balls for victory, but off-spinner Rana (4-0-28-2) made things difficult for the hosts with some tight bowling at the end, conceding only three runs in the 18th and nine in the final over.

The Aussies chased down a target of 145 with three balls to spare following a 56-run partnership between Beth Mooney (36) and Tahlia McGrath (34) to beat New Zealand in the other semi-final by five wickets. 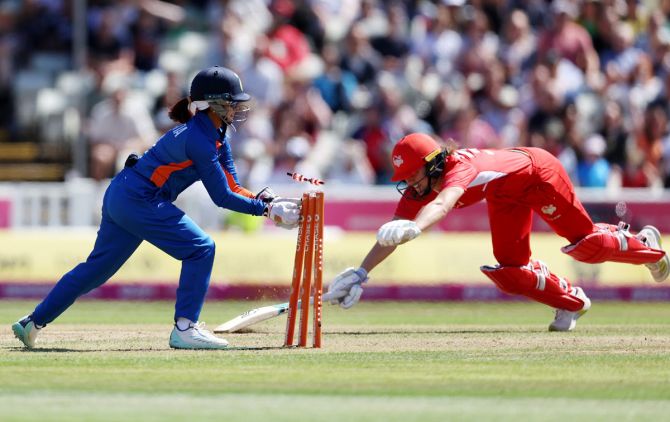 England finished with 160 for 6, a last-ball maximum from Sophie Ecclestone unable to save the day for the hosts.

The match seemed to have decisively tilted in favour of England when Harmanpreet introduced Shafali Verma, whose gave away 15 runs in the 16th over. 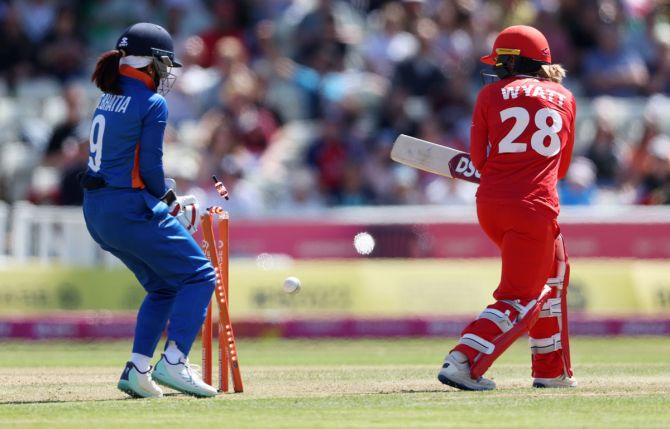 But Deepti and Rana collectively gave away only six runs in the 17th and 18th over respectively.

Pooja leaked 13 runs in the 19th over but the Mandhana-Taniya Bhatia combination pulled off a brilliant run out of the dangerous Nat Sciver to change the course.

It was then left to Rana to bowl at least five good balls that assured a medal for India in the inaugural edition of women's cricket. 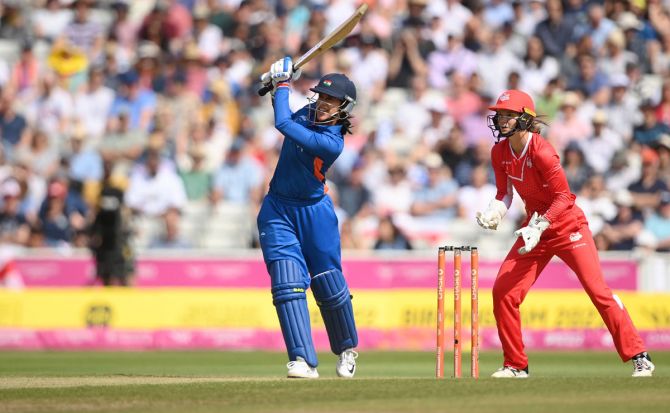 Earlier, Smriti Mandhana's elegant yet brutal knock of 61 along with Jemimah Rodrigues's useful 44 not out powered India to a healthy 164 for 5.

Mandhana's 32-ball assault in the Powerplay laid the platform while Rodrigues, who is finally doing justice to her enormous potential, improvised well during her 31-ball unbeaten stay at the crease. 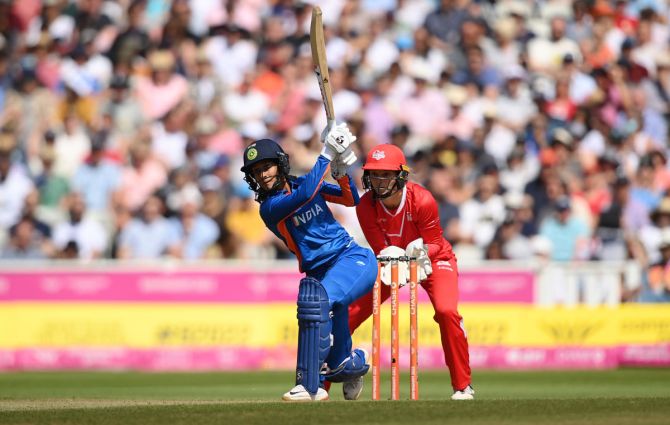 An improved Deepti Sharma chipped in with 22 off 20 balls but India looked as if they ended up 15 runs short of the par-score after 64 runs came in the six Powerplay overs.

The next 14 overs yielded 100 runs as India lost the momentum when three wickets fell in quick succession during middle overs.

Rodrigues and Deepti added an invaluable 53 runs for the fourth wicket partnership.

The normally rampaging Shafali Verma (17 off 15 balls) was the silent partner during the opening stand of 76 in 7.5 overs with Mandhana, who impressed everyone at Edgbaston with her strokeplay. 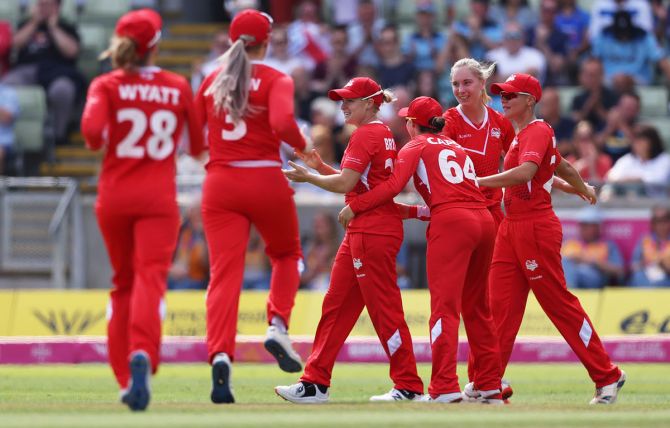 There were cover drives off Katherine Brunt, pulled sixes off seamers Natt Sciver an Issy Wong and a lofted one of spinner Sarah Glenn's bowling over long-on.

The left-hander raced to her fifty from just 23 balls as England bowlers looked clueless during that phase.

Once Sciver got rid of Mandhana, who was trying to play the lap-scoop, the run-rate slowed down as skipper Harmanpreet Kaur, despite a couple of fours and a six, played few dot balls in her run-a-ball 20.

While Mandhana had eight fours and three sixes in her knock, Rodrigues had seven fours to her credit, mostly using the gaps in arc between point and extra-cover.