Current situation not in best interest of cricketers: BCCI chief 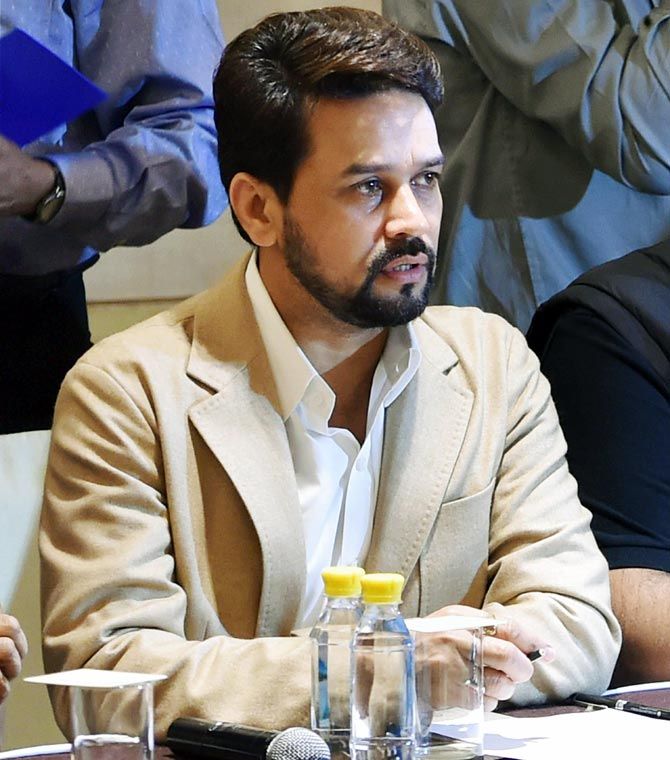 The Board of Control for Cricket in India president Anurag Thakur conceded that the current crisis facing the BCCI is not in the best interest of cricketers but the Board will have to keep everything on hold till Supreme Court gives it's verdict on January 3.

"We know the current situation is not in the best interest of cricketers but the matter is sub-judice. We are in problem and we need to wait till January 3," Thakur said in New Delhi, on Friday.

He was referring to the Supreme Court-appointed Lodha committee's recommendations on administrative reform in the BCCI, which the the Board has not been able to implement as yet.

The BCCI chief took a dig at former cricketers about being critical of BCCI's governance.

"The BCCI has created its own infrastructure without taking a single penny from the government. Yet some former cricketers, not all, speak against us," said Thakur.

The Lodha panel recommended, among other things, age and tenure restrictions for top officials as well as banning them from serving successive terms.

In its October 1 Special General Meeting, the BCCI had accepted many of the "significant recommendations" of the Lodha Committee. However, it excluded the important ones which have been the bone of contention between the cricket body and the Lodha panel.

The recommendations, which have still not been accepted by the 30-member committee, include one-state one-vote, age limit of 70 years, cooling-off period of three years which included the tenure of the administrators, continue with the five-selectors and keeping to retaining the powers of the president and secretary as per the earlier constitution of the board.

When asked why BCCI can't have one lakh coaches for 1 lakh village panchayats, he sarcastically remarked: "We have a lot of money but we can't spend it. We need permission for it."

Thakur was referring to Supreme Court directive of stifling of funds for the BCCI.

He also took a dig at the International Cricket Council for not including India in the ICC Working Group.

"I was there at the meeting and every member felt that for a stronger cricket world, one needs BCCI. If anyone thinks that they can work without BCCI, they should know global cricket needs BCCI," he said.

Thakur also raised questions about how Indian captain Virat Kohli was ignored in the ICC's Test team of the Year.

"ICC should look into the matter as India is No.1 Test team. But I am happy that Ashwin has been adjudged Test Cricketer of the Year."