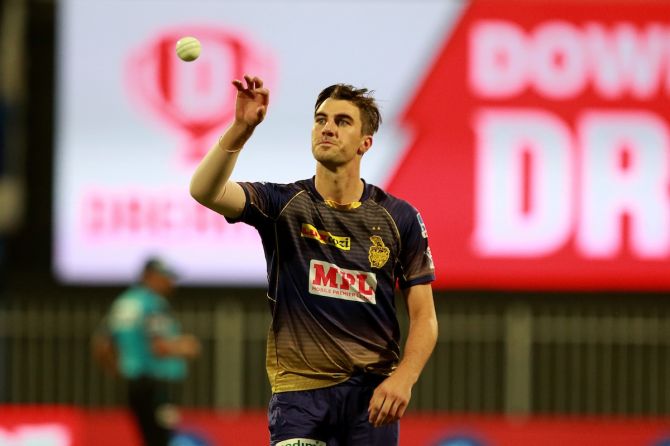 Kolkata Knight Riders pacer Pat Cummins is set to miss the UAE-leg of the IPL and Cricket Australia needs to make a call if it is prudent to let other Australian players compete in the League and spend more time in mentally tough bio-bubble.

The BCCI on Saturday approved IPL's resumption in September in the UAE. The organisers were forced to suspend the league earlier this month after multiple cases of COVID-19 were reported inside the bio-bubble.

The Australian players had to serve a quarantine period upon their arrival back home via Maldives from India due to travel restrictions in the country in the wake of COVID-19 pandemic.

"CA will need to decide whether it's in the best mental health interests of its players to spend even more time in a bio-secure bubble," the report said.

"CA could decide the IPL will ensure players are fine-tuned for the World Cup, which could also be held in the UAE," the report added.

Australia have a tour of West Indies scheduled from late June ahead of the T20 World Cup, followed by a Test against Afghanistan and the Ashes series.

"The Australians could also have a short tour of Bangladesh in August but that has not been confirmed. However, the Bangladesh board is planning for five Twenty20 matches."

The currently-suspended IPL saw participation from over 40 Australian cricketers, support staff and broadcasters.

The IPL, which was held in the UAE last season, has 31 matches remaining.