CSK Players Get A Taste Of Surat 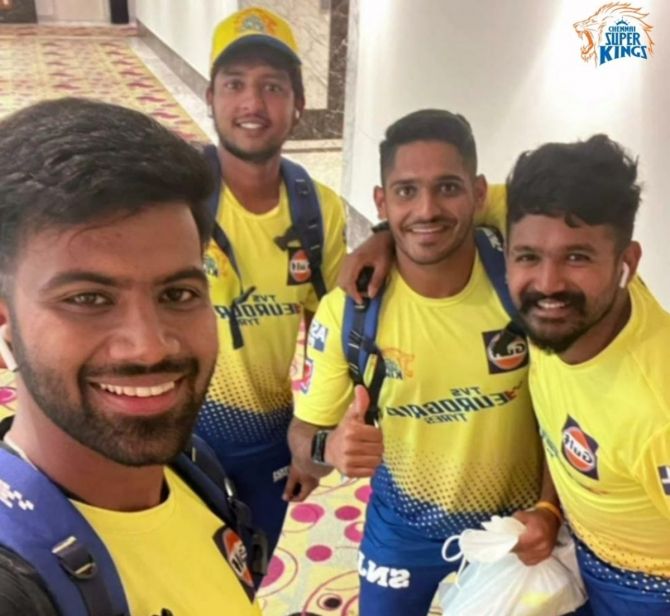 IPL 2022 will get underway next fortnight, March 26, with Mahendra Singh Dhoni's Chennai Super Kings, the IPL 2021 champions, taking on last year's runners-up, the Kolkata Knight Riders in the opening game.

The CSK players have started practice ahead of the season opener in Surat, whose conditions are similar to the grounds in Mumbai, Navi Mumbai and Pune where the IPL 2022 league games will be played.

And when in Gujarat, the CSK players were ready to feast on the state's delicacies -- dhokla and fafda, which no doubt the nation's premier Gujarati likes very much too!

Pacer Tushar Deshpande, a Mumbaikar, took up the duties of explaining the different culinary jewels on offer to team-mates Bhagath Varma and C Hari Nishaanth.

Tushar even helped them make a 'dhokla sandwich' and then showed them how to gorge on the fafdas, which Hari and Bhagath were spotted enjoying very much.