Jimmy Anderson is the first Englishman to take 500 Test wickets.
Rajneesh Gupta gives us all the numbers about Cricket's Exclusive 500 Club. 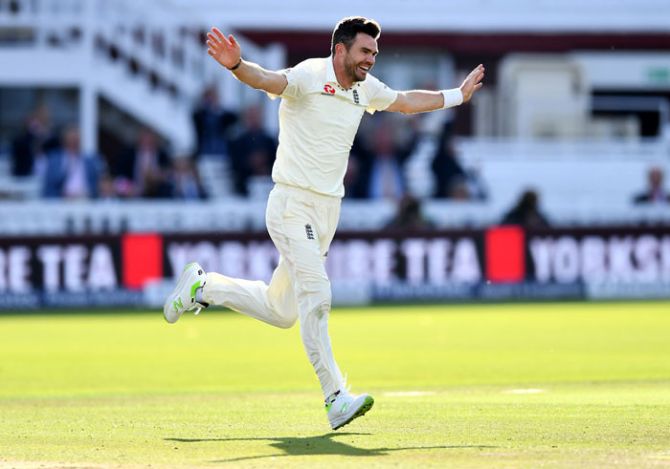 The exclusive club of 500 wicket-takers includes two Australians, one West Indian, one Indian, one Sri Lankan and one Englishman.

The list is headed by Sri Lankan Muttiah Muralitharan who had a tally of exactly 800 wickets from 133 Test appearances.

Courtney Walsh was the first bowler to take 500 wickets in Test cricket.

Walsh reached that total in his 129th Test in March 2001 when he had South African Jacques Kallis trapped LBW for a duck in the second innings of the Port-of-Spain Test.

Murali holds the record of being the quickest in terms of least number of Tests (87) taken to perform this feat.

He was also the youngest while taking his 500th wicket and also the fastest, taking just over 11 years and six months since his Test debut to accomplish this feat. 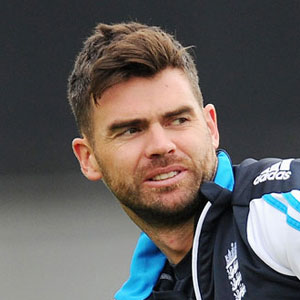 This is how Anderson reached each progressive important milestone:

The following table gives chronological details about the bowlers who have reached the 500-mark in Test cricket:

The following table gives a break-up of home and away performances of 500 Club members.

Both the Aussies -- Warne and McGrath -- were more successful in away Tests than at home.

Murali, on the other hand, has mind-boggling numbers at home.

A comparison of first innings and second innings performances of the 500 Club members can be found in the following table.

McGrath had the best average and strike rate in the first innings whereas Walsh was most successful in the second innings.

The following table gives details of wickets taken per innings by the each member of 500-club. Muralitharan went wicketless only 12 times in his career. On 67 occasions he picked up 5 or more wickets in an innings – 30 times more than his nearest rival!

The following table gives details of wickets taken per match by each bowler.

Once again, Muralitharan tops the table. He had the least instances of finishing with 5 or fewer wickets in a Test.

On 22 occasions he finished up with 10 wickets or more in a match.

All other 500-club members have a combined tally of 27.

The following table gives details of number of Tests taken by each bowler to reach each progressive milestone of 100 wickets.

Anil Kumble was the quickest among the lot in reaching first 100 wickets.

Warne and Murali share the record for 200-wicket milestone.

From there onwards, it was Murali all along.

Tests taken to reach each progressive milestone of 100 wickets

The following table gives the details of victims of the 500 Club members by their batting style.

No one inflicted more ducks on batsmen than McGrath.

He was closely followed by Warne and Muralitharan.

However, McGrath and Walsh were least effective once the batsmen got set.

A very high percentage of their wickets came when the batsmen had not crossed 50.

Kumble's tally of wickets in the nineties tell us about the sense of fear that batsmen had facing him while they were nearing the three-figure mark.

A comparison of victims by batting position:

It is rather surprising that Kumble has the highest tally of openers among the six.

Another table gives the percentage of top-order, middle-order and lower-order for each bowler.

The table below gives the break-up of different mode of dismissals for each bowler.

Muralitharan has the most dismissals as caught in the field. He also shares the record of most caught and bowleds with Kumble.

His overall tally of caught dismissals is also the highest among the six, and so is his tally of bowleds and stumpeds.

The following table gives each bowler's bowling average after every block of 25 Tests.

Warne had the best average in the first 25 Tests, while McGrath was the best in the second and third blocks, after 50 Tests.

Muralitharan was the best in fourth and fifth blocks, while Anderson currently has the best record in the sixth block.

It is remarkable that Anderson is the only bowler who has a progressive declining average in each of the six blocks -- a clear testimony of the fact how much he has improved as a bowler since making his debut.

Bowling average in each block of 25 Tests
Rajneesh Gupta