Arjun Tendulkar, son of cricket icon Sachin Tendulkar, was on Saturday picked for Rs 5 lakh by the Aakash Tigers Mumbai Western Suburb for the second season of the T20 Mumbai League after an intense bidding.

At the auction, Arjun, a budding left arm pacer and a batsman, who had played unofficial Tests for India-U19, was among the few players in focus.

Arjun was included in the all-rounder category with a base price of Rs 1 lakh.

Several teams bid for him but the highest bid was raised to Rs 5 lakh by North Mumbai Panthers, which is the maximum bid amount, after which Charu Sharma, who was conducting the auction, gave the two new teams -- Aakash Tigers Mumbai Western Suburb and Eagle Thane Strikers -- an option to exercise the OTM (Opportunity to Match).

Both the teams opted to exercise the OTM at Rs 5 lakh after which two cards were placed in a bag and Mumbai Cricket Association ad hoc committee member Unmesh Khanvilkar picked up a card which was of Aakash Tigers and that is how they snapped up Jr Tendulkar.

Before the auction, it was announced that seven U-19 players including batsman Yashasvi Jaiswal were not available for the league, which begins on May 14 at the Wankhede stadium.

Sachin Tendulkar is the brand ambassador of the League.

England have called up uncapped Sussex batsman Phil Salt to replace Dawid Malan for Sunday’s one-off Twenty20 match against Pakistan, the England and Wales Cricket Board said on Saturday.

The 22-year-old opener comes into the squad for the game in Cardiff after Malan suffered a groin injury while batting during Friday’s scrappy four-wicket one-day international victory over Ireland.

He joins the wider pool of players outside England’s provisional squad for the 50-overs World Cup after scoring an unbeaten 137 off 106 balls in Sussex’s domestic one-day win over Kent last month. 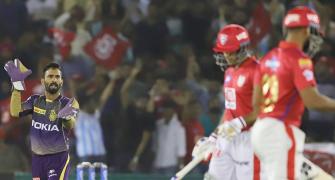 CSK will look to maintain top spot, KXIP to play for pride 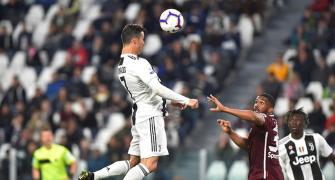