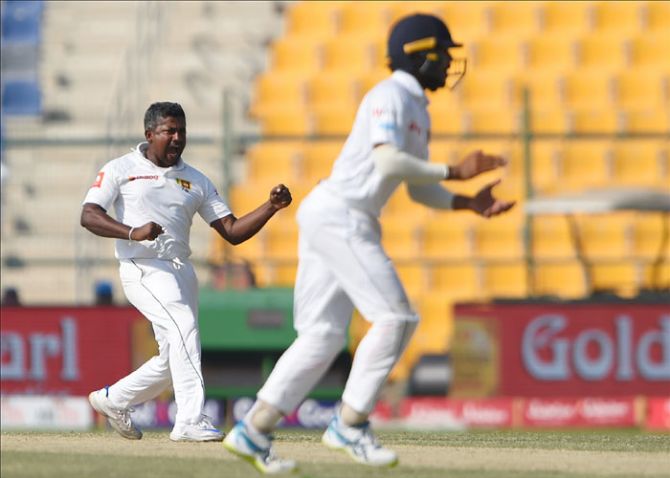 Sri Lanka captain Dinesh Chandimal has hailed the contribution of veteran spinner Rangana Herath who led the side to a dramatic 21-run victory over Pakistan in the first Test in Abu Dhabi.

With Pakistan chasing 136 for victory, the 39-year-old left arm spinner showed his class with a match-winning six for 43 in the second innings for a match haul of 11 wickets.

Herath also became the oldest bowler to reach 400 wickets in the longest format of the game on Monday.

"I just want him throughout my career," Chandimal told reporters after the win at the Sheikh Zayed Stadium.

"I have no idea how long he is going to play, but I am sure he will do what he can for the team. He is a wily old fox and I have to say Rangana is a team man and an asset to the team.

"He is supportive to me and the players, with what he has learnt from cricket. Every young player goes to talk to him about his bowling and experiences."

Following a 3-0 home drubbing at the hands of India in August, Chandimal was particularly pleased with the way his players responded to the challenge against Pakistan.

It was their first away Test win against a higher-ranked opposition since June 2014.

"As a team, we were below par in our performances (against India), but we have waited for this win and finally we got it. Credit goes to all the players," the skipper added.

"They played some really good cricket and I'm sure this can continue throughout the series. We did more work on our fitness and fielding, and discipline.

"Everyone put their heart and soul into the practices, and the management put lots of hard work in." 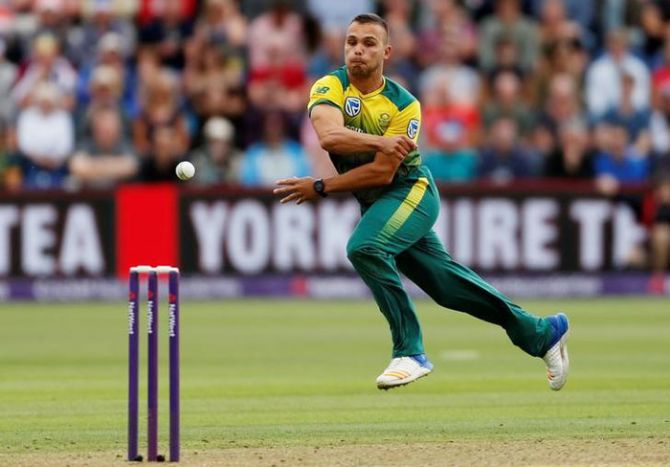 South Africa have called up uncapped Dane Paterson to replace injured strike bowler Morne Morkel in their squad for the second Test against Bangladesh starting in Bloemfontein on Friday, Cricket South Africa announced on Monday.

Morkel is out for the next six weeks after suffering a tear to his left abdominal oblique muscle during the 333-run win over Bangladesh in the first Test at Senwes Park in Potchefstroom.

Although the 28-year-old Paterson takes Morkel's place in the squad, Wayne Parnell is expected to play in Morkel’s place in the last game of the two-Test series.

Mohammed Shami likely to play for Bengal against Services

India speedster Mohammed Shami is all set to play for Bengal in their opening round Ranji Trophy encounter against Services, starting October 6.

Shami, who was part of the Indian ODI team has not been picked for the three-match T20 series, which opened the window for him to represent his state side.

With wicketkeeper-batsman Shreevats Goswami picked for India ‘A’ one dayers against New Zealand, Shami will be his direct replacement. With Wriddhiman Saha in the team, Bengal does not require a back-up keeper as of now.

"Since Shami has not played much cricket during the past three weeks save the lone ODI, he is fit and fresh. He is a certainty for the New Zealand ODIs but a couple of Ranji games will certainly give some much required game time," a BCCI official privy to selection matters said.

Shami is expected to join Bengal practice on Wednesday.

© Copyright 2021 Reuters Limited. All rights reserved. Republication or redistribution of Reuters content, including by framing or similar means, is expressly prohibited without the prior written consent of Reuters. Reuters shall not be liable for any errors or delays in the content, or for any actions taken in reliance thereon.
Related News: Morne Morkel, Dane Paterson, Cricket South Africa, Rangana Herath, Wayne Parnell
SHARE THIS STORYCOMMENT
Print this article 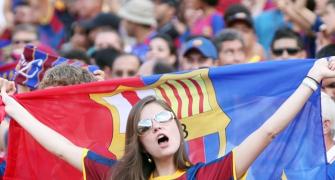 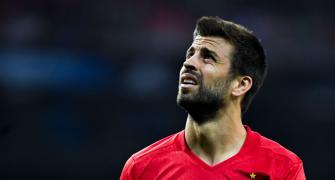 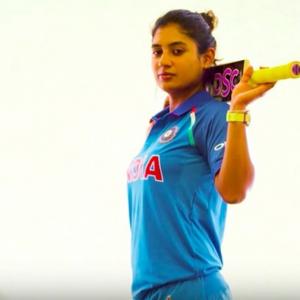 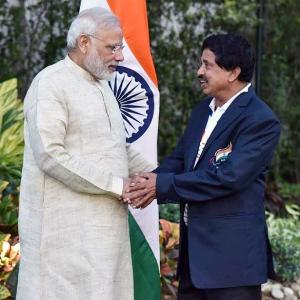