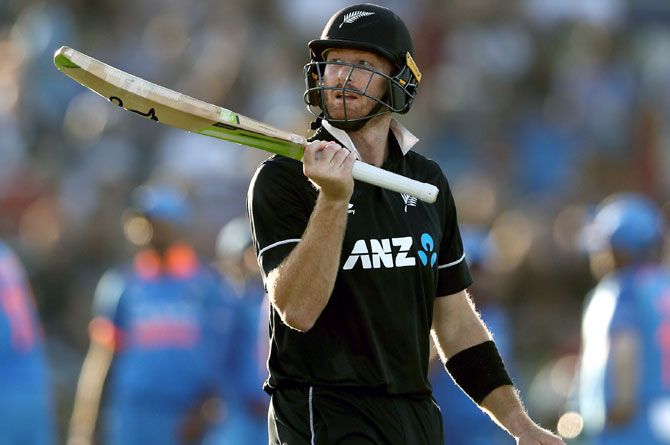 IMAGE: Martin Guptill was heavily involved in two pieces of action that defined last month's World Cup final, with his throw from the outfield deflecting off Ben Stokes' bat for four to give England a valuable six runs and allowing them to tie the game. Photograph: Hagen Hopkins/Getty Images

New Zealand's Martin Guptill went through "the best and worst day" of his career during last month's Cricket World Cup final against England but the opening batsman's focus has now firmly shifted to the World Twenty20 in Australia next year.

Guptill was heavily involved in two pieces of action that defined last month's World Cup final, with his throw from the outfield deflecting off Ben Stokes' bat for four to give England a valuable six runs and allowing them to tie the game.

The 32-year-old Guptill was then run out off the final ball of the super over attempting the second run that would have given New Zealand the title. England eventually won their first 50-over World Cup by virtue of having hit the most boundaries.

"I guess you see it as the best and the worst day of your cricketing career," said Guptill, after he joined New Zealand's squad in Sri Lanka for their three-match Twenty20 series that starts on Sunday in Pallekele.

"The ebbs and flows of the game made it such a good one for the spectators. It was just unfortunate we came out on the other side of it."

England's spectators, still basking in the euphoria of that victory, did not spare Guptill as he stayed in the country on a short-term contract with Worcestershire to play Twenty20 cricket.

"I got a bit of stick from the crowd," Guptill said of his matches in England.

"I think it was actually even home games I got a bit of stick.

"It's something you've just got to put up with and move on pretty quickly. I'm here now with the boys and raring to go."

New Zealand's focus over the next 12 months will be on the shortest form of the game, with the World Twenty20 in Australia scheduled for next October and November.

The Sri Lanka series, while not played in conditions they will expect in New Zealand or Australia, would allow the team to get back into the rhythm of the format, Guptill added.

"With it being in Australia next year it's completely different conditions to what we face at home as well.

"It's going to be nice to start off our preparation here, playing in some trying conditions and then head home with a good five (match) T20 series against England to lead off the summer."

KP Bhaskar was on Thursday reinstated as coach of the senior Delhi team after a gap of one year while Virat Kohli's childhood coach Rajkumar Sharma was named as the bowling coach for the 2019-20 domestic season.

The 56-year-old Bhaskar was Delhi's coach during the 2017-18 season when they lost to Vidarbha in the Ranji Trophy final at Indore.

However, a public bust-up with Gautam Gambhir during a domestic tournament in Odisha led to his ouster after the former India star had accused him of promoting factionalism in the dressing room while trying to end careers of a few young players.

Mithun Manhas replaced Bhaskar during the 2018-19 season where the team didn't particularly do well.

Back in his playing days, Bhaskar was a domestic heavyweight for Delhi, scoring 5443 runs in 95 first-class games with 18 hundreds. He was a part of the Delhi team that won the Ranji Trophy in the 1988-89 season and also played the final against Bengal next year (1989-90).

Sharma, a Dronacharya awardee, is best known for being India captain Kohli's first and only personal coach till date. He has played 9 first-class and 3 List A games for Delhi between 1986 to 1991.

Under 54-year-old Sharma, the Delhi junior team had won the CK Nayudu (U-23) Trophy in the 2017-18 season and players like Hiten Dalal made the senior grade.

When he wasn't given a senior team assignment last year, he took up a short term assignment with the Malta national team for an ICC qualifying tournament.

Anisa Mohammed was included in the squad who last played international cricket for the West Indies in the away tour against Pakistan in February. She is the fifth-highest ODI wicket-taker in women's cricket with 146 wickets and brings a wealth of experience to the Stafanie Taylor-led team.

Anisa is currently ranked seventh in the ICC Women's ODI Championship. The team will rely on its experienced players to fill the void left by Shakera Selman, Chedean Nation and Shemaine Campbelle who were ruled out due to injury.

Kyshona Knight, also included in the squad, adds to that experience, as she was part of the ICC T20 Women's World Cup-winning squad of 2016.

Nineteen-year-old Guyanese medium-pacer Shabika Gajnabi has also been included for the first time in the Windies squad. Three-time captain of the Guyana U19 team, Shabika brings a patient composure and strong arm to the squad.

CWI's Interim Chairman of Selectors Robert Haynes said: "The panel selected the best available players from the camp in Antigua over the last month, as a result of most of our senior players being unavailable due to injury. We have included Anisa Mohammed and Kyshona Knight who have a lot of experience between them, which is required when playing against Australia, the top-ranked women's team."

Windies team will play three ODIs and as many T20Is against Australia. Both the teams will face each other in the first ODI at Coolidge Cricket Ground in Antigua on September 5. 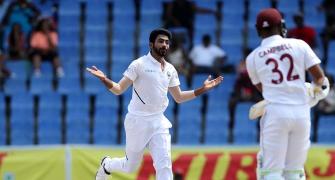 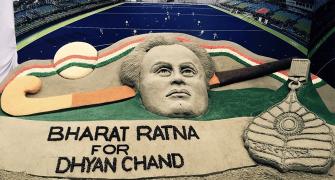 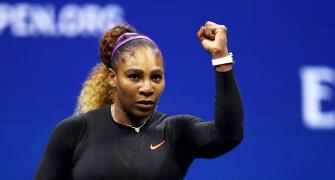 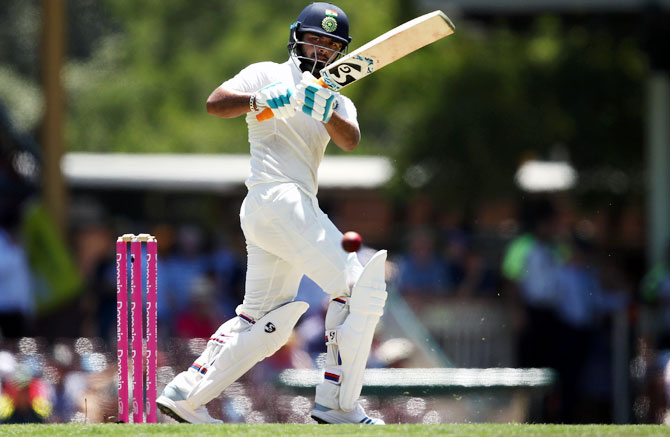