England will continue their tour of Sri Lanka as planned but the cricketers have been asked to be careful amid the political crisis prevailing in the island nation, a team spokesman said on Monday.

Sri Lanka was plunged into the crisis on Friday when president Maithripala Sirisena sacked Prime Minister Ranil Wickremesinghe and swore in ex-president Mahinda Rajapaksa to replace him, breaking up a fragile coalition governing the island.

England, who have won both the one-day and Twenty20 series against Sri Lanka, play a two-day practice match in Colombo before heading to Galle which hosts the first of the three Test matches from November 6.

"We are aware of the developments and are in constant contact with the British High Commission," Danny Rueben, a spokesman for the England cricket team, told Reuters.

"We are exercising vigilance and avoiding all demonstrations or large political gatherings.

"The Test squad is preparing for the first Test and have warm-up matches this week in Colombo. These matches will continue as advertised starting tomorrow from 10 a.m."

Prasanna Rodrigo, the media manager at Sri Lanka Cricket said there is no change in the security given to the English team.

"Security that was given from the start of the series will be continued," Rodrigo told Reuters.

England will play the second Test in Kandy from Nov. 14 and the third in Colombo from Nov. 23.

Seven state associations have failed to submit the compliance report of a Supreme Court order of August 9 and have not amended their constitution, the Committee of Administrators running the BCCI has told the apex court in its 10th status report.

The associations which have not submitted the compliance certificate to the COA are Haryana, Himachal, Gujarat, Karnataka, Meghalaya, Nagaland and Arunachal.

The COA wants the non-compliant associations to submit the compliance affidavits within seven days and two weeks have been given to partially and substantially compliant states to amend their constitution as per the Lodha reforms.

The COA, comprising Vinod Rai and Diana Edulji, has also requested the Supreme Court to issue directions for conducting elections in compliant state associations and the BCCI within 90 days.

Senior left-arm pacer Mohammad Amir failed to make the cut but an uncapped Waqas Maqsood was retained in Pakistan's Twenty20 squad for the series against New Zealand starting on Wednesday in the UAE.

Maqsood was earlier part of the Pakistan A side that played the New Zealand A in the UAE last month. This was followed by his selection in the senior outfit but he didn't get a chance to play against Australia.

Besides Maqsood there were no other surprises apart from left-arm pacer Amir again failing to win the selectors' confidence. He was ignored for the just-concluded series against Australia which Pakistan won.

The 26-year-old Amir has been out of form for the past few months after playing nearly non-stop since the end of his ban for spot-fixing in 2016.

Australia went home winless from the recent series, losing the two-Test rubber 0-1 and going down 0-3 in the T20 series.

The first match of the T20I series against New Zealand will be played on October 31 in Abu Dhabi.

The remaining two matches of the series will be played in Dubai on November 2 and 4 respectively.

PCB audit claims crores spent on ex-chief; he sends defamation notice to Board

Former Pakistan Cricket Board Chairman Najam Sethi has sent a legal notice to incumbent Ehsan Mani, threatening a defamation suit, after a PCB audit claimed that around seven crore Pakistani rupees were spent on his perks and remuneration.

"I am being victimised and targeted and I will not tolerate this. My lawyer has sent a legal notice to the PCB Chairman for trying to defame me," Sethi said.

The notice has sought an apology from the Board, failing which Sethi has threatened legal action for defamation.

The notice sent to Mani claims that the recently-released numbers by the PCB, regarding Sethi's remuneration and benefits received were "incorrect, misleading, grossly exaggerated and deliberately calculated to hurt" his reputation.

The seven crore figure caused a stir since the post of the PCB Chairman is not a paid one.

The legal notice said that Sethi denies ever receiving "an amount or Pakistani rupees 14,181,570 as Pakistan Super League (PSL) Allowance".

Talking to the media, Sethi also took aim at Mani saying the incumbent has hardly been at the PCB headquarters in Lahore since taking over in early August.

"And he has already obtained a rented furnished house in Lahore which is being upgraded by the board from its coffers," Sethi said.

Sethi also insisted that every single one of the allowances and payments were duly authorised and approved by the PCB's Board of Governors and were allowed under the service rules of the board.

"These PCB accounts have been audited by two external auditors".

The journalist-turned-administrator's legal team said if the purpose of the PCB's report was to disclose the allowances paid to the entire executive committee, it should have also mentioned "the payments, increments and allowances paid to Chief Financial Officer Badar Manzur and Chief Operating Officer Subhan Ahmed" -- both of whom are serving under Mani.

Sethi said the idea behind releasing such figures was "to malign him at the behest of Imran Khan".

The day Imran took oath as Prime Minister, Sethi resigned as chairman of the Board as the two are political opponents. 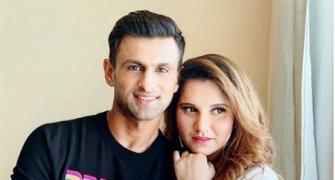 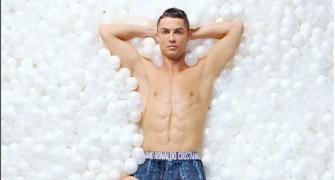 Meet the man with the most followers on Instagram 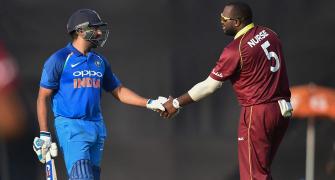 'Something positive has simultaneously blessed Pakistan and India' 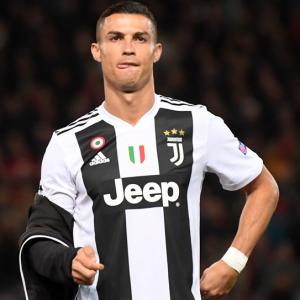