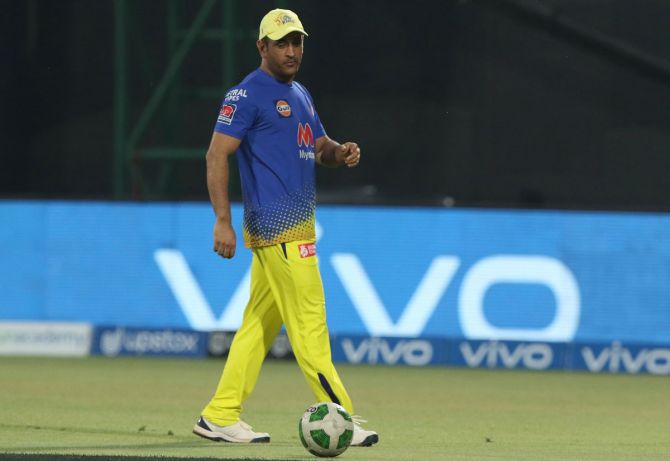 The BCCI will reschedule Wednesday's IPL match between Chennai Super Kings and Rajasthan Royals as CSK players have been forced into hard quarantine after Bowling Coach Lakshmipathy Balaji tested positive for COVID-19.

As per the BCCI's Standard Operating Procedure (SOP), anyone who has come in contact with an infected person has to undergo six days of hard quarantine and return three negative RT-PCR reports during the course of it.

"Tomorrow's match at the Arun Jaitley Stadium between CSK and RR will be rescheduled as per SOP rules. As Balaji was in contact with the players, all of them have gone into hard quarantine. They are supposed to be tested everyday," a senior BCCI official told PTI.

When CSK CEO Kasi Viswanathan was contacted, he said that the team had informed the BCCI about Balaji's RT-PCR result.

"From our end, we had informed that Mr Balaji has tested positive and as per SOP our players have been isolated," Viswanathan said.

All CSK playing members have tested negative during their scheduled RT-PCR tests.

This is the second IPL match to be rescheduled after Monday's Kolkata Knight Riders vs Royal Challengers Bangalore game was postponed owing to a couple of KKR players -- Varun Chakravarthy and Sandeep Warrier -- testing positive.

The match remains on schedule for now but there is palpable anxiety as Mumbai Indians had played against CSK as recently as Saturday and Balaji did come in contact of MI players during the match.

Many in BCCI feel that it would have been prudent to even reschedule this game.

"Even MI players are at risk having played CSK. BCCI ideally should reschedule today's game also. Normally symptoms start showing mostly on 6th or 7th day after you have come in contact of the infected person," the BCCI source said.

Speculation is also rife about a possible shift to Mumbai for the remainder of the tournament but some logistical concerns are in the way.

"What do you do for seven days of hard quarantine for multiple hotel staff as you would need at least four hotels to create a new bio bubble," the official said.

If the tournament is moved to Mumbai, then Kolkata and Bengaluru would be missing out on their quota of games. Another view is to keep the games in the venues currently being used -- Delhi and Ahmedabad.

"If you see when matches were being held in Mumbai and Chennai, things were under control. The trouble started after teams began were travelling from one city to another," a franchise official said.