'It's been a series of missed opportunities, in terms of catches that cost us' 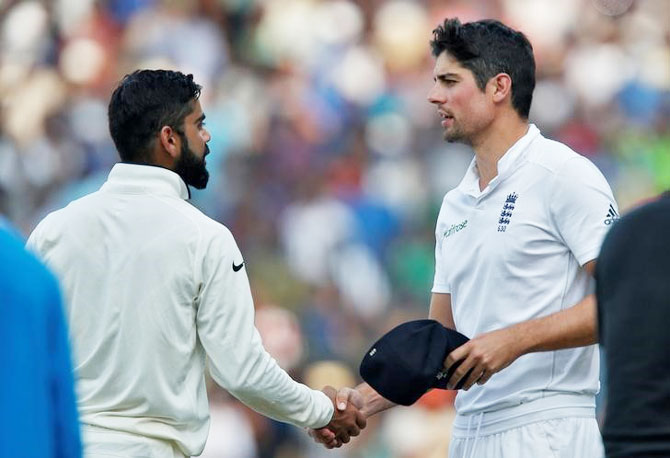 England captain Alastair Cook has not made any decision on whether to continue in the job, the 31-year-old said after his team's 4-0 series loss against India on Tuesday.

Cook landed in India with speculation about the position he has held since 2012 and the crushing defeat in India will only strengthen calls for him to hand over the test captaincy to Joe Root.

"This is not the place to be asking me these questions," Cook told Sky Sports after his team lost the fifth and final test by an innings and 75 runs in Chennai.

"I have got to go away and do some thinking, get back home and do it without the emotive side of what's happened over the last nine weeks," he said after the defeat which pushed England down from second to fifth in the world rankings.

England's loss was all the more frustrating for Cook as the tourists won the toss in four of the five tests and were not made to play on the spin-friendly pitches which India rolled out to South Africa last year.

"It's been a series of missed opportunities, in terms of catches that cost us," Cook said.

"Not being able to score enough runs and take enough wickets, it's a tough dressing-room to be in. We tried as hard as we can but it wasn't good enough."

England's sloppy fielding allowed Karun Nair to hit a marathon 303 not out which set the tone for India's comprehensive victory in the final test.

"It was a game of missed opportunities. We kept dropping vital chances and India kept punishing us.

"Credit to (India captain) Virat (Kohli), they've outplayed us. It's a hard thing to say as a professional because you always think you are better than the opposition but we haven't been so here." 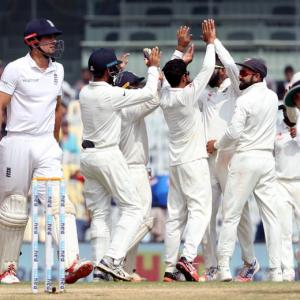 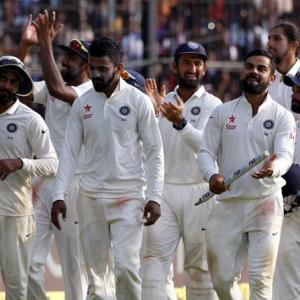 Ruthless India thrash England to wrap up series in style