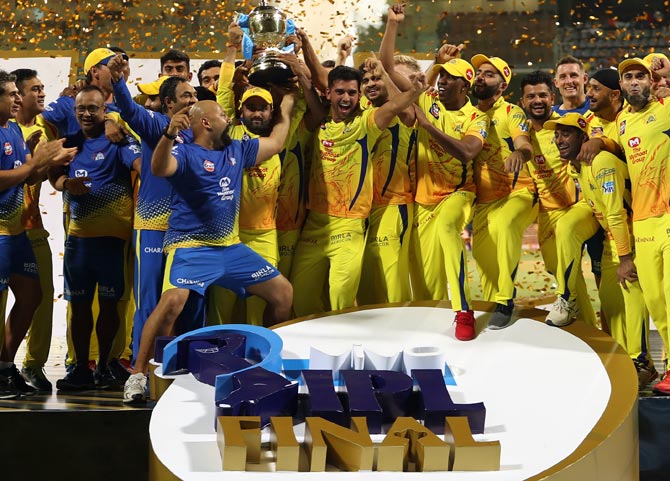 When Chennai Super Kings completed their recruitment at January's IPL player auction, some cheeky fans said their dugout would look like a 'retirement home'. That’s because Twenty20 cricket is perceived as a stage suited for modern day young players.

However, the 'old' warhorses turned that notion on its head by winning the 11th edition of Indian Premier League for the third time, easily getting past Sunrisers Hyderabad by eight wickets in the final at the Wankhede stadium, in Mumbai on Sunday. 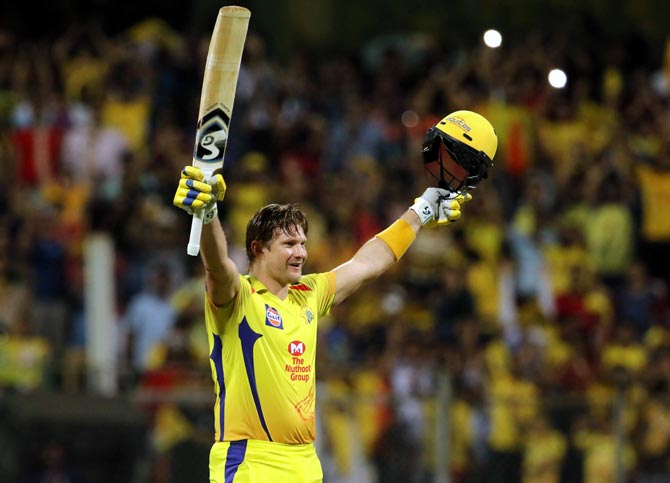 Playing the 2016 champions five days after their first play-off meeting at the same venue, Mahendra Singh Dhoni’s 'Dad's Army', steered by a rollicking 117 off 57 balls by Australian great Shane Watson -- his 100 coming off 51 balls -- confirmed they were a distinct class above the rest of the eight-team field in the popular Twenty20 extravaganza by demolishing the Sunrisers in 18.3 overs.

Their triumph, coming seven years after their successive titles in 2010 and '11, is even more noteworthy considering they were suspended for two seasons following the betting scandal in 2013 before returning for this 11th edition of the tournament.

Join us in congratulating the newly-crowned champions.