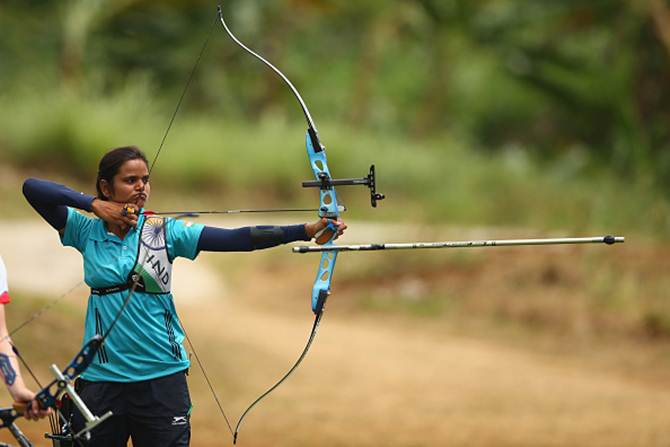 India added seven more medals, including two gold, to their kitty on the penultimate day of competition at the fifth Commonwealth Youth Games in Apia, Samoa, on Thursday.

With just a day left in the Games, India are sixth in the medal tally with a haul of 17 medals (7 gold, 4 silver and 6 bronze), behind Australia, England, South Africa, Malaysia and New Zealand.

India's medal tally could increase on Friday, the last day of competition, as tennis players Sasikumar and Dhruthi play in their respective boys’ and girls’ singles finals.

Prachi beat Nondiny Khan Shopna of Bangladesh in the girls’ recurve individual final. She also ended on top in the mixed team, which, however, is a non-medal event in the Games.

The Indian mixed doubles pair of Sasikumar and Dhruthi defeated Scottish combination of Louie-Ada McClelland and Ewen Lumsden 7-6(4), 6-3 in the summit clash to clinch India's second gold of the day.