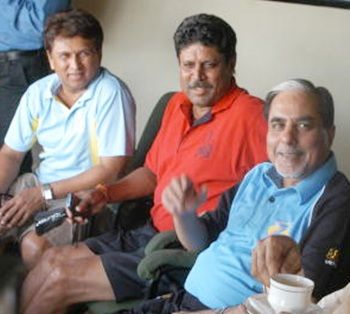 The Subhash Chandra-owned Essel Group has confirmed its plans to set up a rival Twenty20 cricket league by including leading players from around the world to participate in the cash-rich event.

After Chandra's ambitious ICL failed to cut much ice post strong opposition from the BCCI, the media magnate is once again trying to make his company's foray into the lucrative world of cricket and probably give IPL stiff competition, reported the Sydney Morning Herald.

It has been two weeks since reports of the registration of company names by the Essel Group in cricket-playing nations - in Australia they registered the company Australian Cricket Control Pty Ltd - sparking concerns about a breakaway organisation and leading to an ICC investigation.

But now, Essel's head of finance and strategy Himanshu Mody reveals that the initial plan is to set up an inter-city T20 league in India.

According to reports, discussions have included offering leading players, including Australia's Michael Clarke and David Warner, as much as $ 50 million in multi-year contracts in an effort to lure them away from their national bodies.

It is learnt that the Chandra-owned channel Zee and its subsidiary Ten Sports frozen out of lucrative rights to televise cricket in India their ambitious plans have progressed from setting up a rebel T20 league to a parallel world governing body.

Chandra raised the possibility of players being given bank guarantees as a way to convince them to join his venture given Essel's record of not paying ICL wages.

Between 40 and 50 players from the defunct ICL remain out of pocket to the tune of $ 2 million despite Essel recently settling with 12 of the players for a figure of $ 280,000 in a Mumbai court.

The Essel group though is well aware of the BCCI reaction with the prospect of IPL facing competition from the T20 event.

The group is also looking to include more grounds than they utilised in ICL, around 10-12 cities, 8-12 teams and the added attraction of Pakistan players. The league is expected to start in less than a year's time.