Shoaib Akhtar, on Sunday, announced the launch of his biopic, Rawalpindi Express: Running Against The Odds.

The 46-year-old former fast bowler said it is the first foreign movie about a sportsperson from Pakistan and will hit the screens on November 16, 2023.

Shoaib uploaded a clip and a poster of the biopic, after which he conducted a QnA with the hashtag #RawalpindiExpressTheFilm. 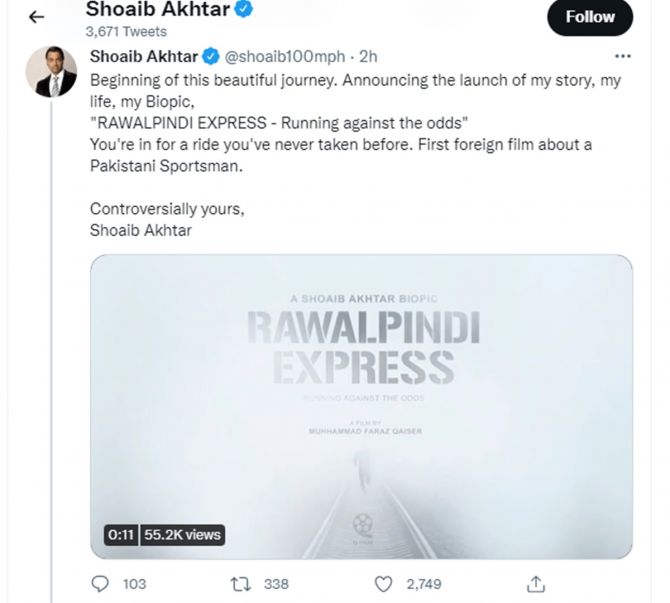 'Beginning of this beautiful journey. Announcing the launch of my story, my life, my Biopic, RAWALPINDI EXPRESS - Running against the odds. You're in for a ride you've never taken before. First foreign film about a Pakistani Sportsman. Controversially yours, Shoaib Akhtar', the speedster promised while posting the clip

Shoaib had earlier hoped Bollywood superstar Salman Khan would play him in the film. Salman will be 57 this December 27 and may no longer fit the bill.

Why doesn't Shoaib play Shoaib, we wonder. After all, no actor can clone that bowling action nor Mr Akhtar's famous flirtations with controversy. 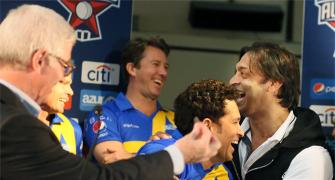 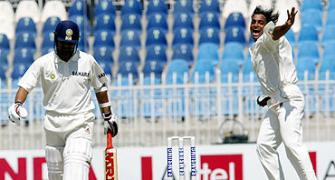 I was never scared of Sachin: Shoaib 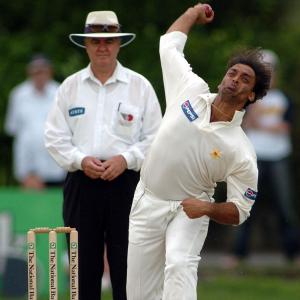