Wicketkeeper Kona Bharat has showcased his skills with the gloves and bat in the several games he has played for India 'A' in the past year or so and is close to selection in the Test team. 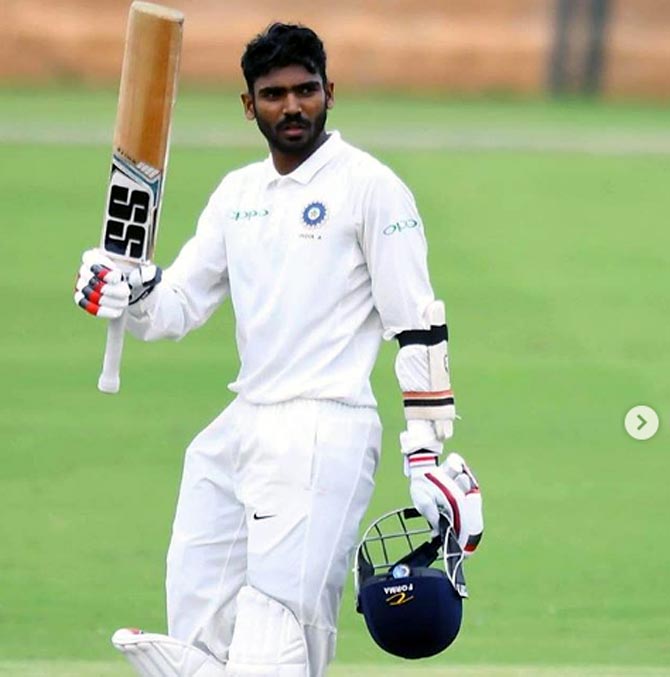 IMAGE: Andhra wicketkeeper Kona Bharat is in line to replace Rishabh Pant whenever he is given a break in Test cricket. Photograph: Kona Bharat/Instagram

The in-form Shubman Gill will renew his quest for selection into the senior team when India 'A' take on South Africa 'A' in the first unofficial Test beginning, in Thiruvananthapuram, from Monday.

The highly-rated Gill will lead the team in the first of the two four-day matches, with veteran wicketkeeper Wriddhiman Saha captaining in the second.

The teams for both the matches are a mix of experience and youth.

The first game will see Karnataka all-rounder K Gowtham and Andhra wicketkeeper Kona Bharat get a go. The former was in his element during the India 'A' team's tour of West Indies and shone in the Karnataka Premier League too.

Bharat has showcased his skills with the gloves and bat in the several games he has played for India 'A' in the past year or so and is close to selection in the senior team.

With Rishabh Pant becoming the first-choice wicketkeeper across formats in the absence of Mahendra Singh Dhoni and with the selectors likely to manage his workload, the focus will be on the likes of Bharat to replace him whenever he is given a break.

Bharat and Saha are among those in the fray for the second wicketkeeper's slot and their performances will be watched with interest.

The focus will also be on openers Priyank Panchal and Abhimanyu Easwaran though the duo will feature only in the second match, to be played in Mysuru from September 17.

The two batsmen have scored heavily for Gujarat and Bengal respectively in the past few seasons with Easwaran slamming a big century in the Duleep Trophy final that concluded on Saturday.

With K L Rahul not in the best of form, the duo will be keen to put in a strong performance against a quality South Africa 'A' attack that includes, among others, the sharp Lungi Ngidi, who is coming back from an injury.

All-rounders Vijay Shankar and Shivam Dube will figure in both matches. The Tamil Nadu player who returned mid-way from the World Cup due to an injury and made a comeback during the TNPL only to get injured again and miss the limited-overs leg of 'A' series, gets an opportunity to underline his credentials.

Mumbai player Dube, on the other hand, has impressed in the recent five-match unofficial ODIs against South Africa', showing an ability to score quick runs. He will be eager to perform in the longer format, too, and catch the selectors' eye.

Jharkhand left-arm spinner Shahbaz Nadeem has been a consistent performer over the years and starred in the 'A' team's recent win against West Indies 'A' in the Caribbean.

The Proteas 'A' team, led by Aiden Markram, seen as a future senior team captain, includes several players with international experience. Markram and the rest will look to gain experience of playing in sub-continent with the Test series to follow the T20 Internationals.

The series will also serve as good preparation for Ngidi, who is part of the Test squad. He had struggled with a hamstring injury during the World Cup and played only four of the side's nine matches in the tournament in England. 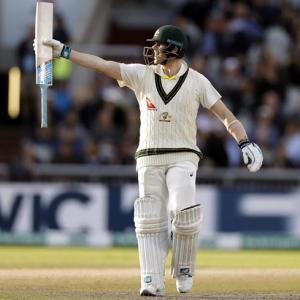 Smith wants to be 'the one to take the team through'