Chasing a modest 154 for a win, the Warriors were never in trouble as they were nicely placed at 93 for three in the 11th over before wicketkeeper-batsman Boucher and Justin Kreusch (37 not out) took them to a comfortable win with 10 balls remaining.

The duo shared a 63-run stand for the unconquered fourth wicket from 44 balls.

Boucher, who played for Bangalore Royal Challengers in the Indian Premier League, struck four fours and two sixes during his 26-ball stay while Kreusch hit three fours in his 29-ball innings. 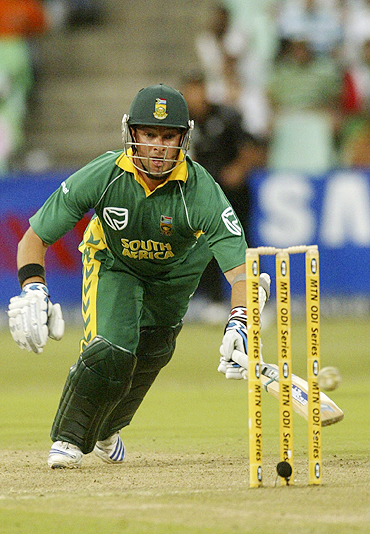 Boucher smashed two sixes and a four in three successive balls in the 14th over off leg-spinner Kaushal Lokuarachchi who was playing for Sri Lanka national team till 2007.

Kreusch hit the winning runs -- a four off Chanaka Welegedara -- to take the home side to 156 for three in 18.2 overs.

Opener and captain Davey Jacobs contributed 26 while one down Colin Ingram chipped in with a solid 28-ball 34 at a lively St Georges' Park pitch.

Warriors, the South African Twenty20 champions, made a flying start in their run chase though they lost opener Ashwell Prince in the third over.

They scored at a brisk rate with Jacobs and Ingram taking the Wayamba bowlers to task notching their 50 runs in the sixth over.

Earlier, opener Jeevantha Kulatunga struck a strokeful 59 to help Wayamba reach 153 for nine after the Sri Lankan champion side were reduced to 50 for three in the ninth over after electing to bat.

Young wicketkeeper-batsman Kushal Perera gave Kulatunga able support with a 24-ball 39 as the duo shared 60-runs from 35 balls to take Wayamba score past 150.

Wayamba lost two wickets in the very first over on a lively St Georges' Park pitch with star Sri Lanka batsman Mahela Jayawardene departing in the second over of the innings to seamer Juan Theron without opening his account.

Four balls later, Theron, who played for Kings XI Punjab in the Indian Premier League III this year, snapped Mahela Udawatte for two and Wayamba were reeling at two for two after the first over.

Kulatunga and Perera, however, kept Wayamba going for a respectable total but the duo fell in quick succession in the 15th and 17th overs. The tailenders failed to accelerate the scoring rate at death overs and they had to settle for 153 for nine at the end.

Kulatunga's 44-ball 69 had six fours and three sixes in it while Perera hit one four and thee sixes from 24 balls.

For Warriors, Theron took three wickets for 23, while his pace-mate Makhya Ntini chipped in with two for 34. 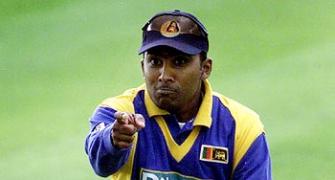 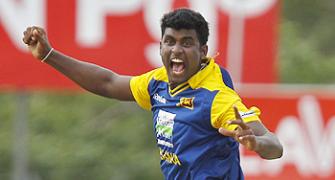