Sydney Sixers produced an all-round clinical display to clinch the Champions League Twenty20 title with a dominating 10-wicket victory over Highveld Lions in a lop-sided summit clash in Johannesburg on Sunday.

The Sixers first rode on a brilliant bowling display by spinner Nathan McCullum (3/24) and pacer Josh Hazlewood (3/22) to dismiss Highveld Lions for a modest 121 in their stipulated 20 overs after winning the toss and electing to field.

The Australian side then returned to overhaul the target with 7.3 overs to spare, thanks to some powerful hitting by opener Michael Lumb and Brad Haddin, who notched up an unbeaten 124 run partnership.

Chasing 122 to win, Lumb annihilated the Lions with eight fours and five sixes in his 42-ball 82-run unbeaten innings, while his opening partner Haddin blasted four boundaries and a six in his 33-ball unfinished 38.

The opening duo were in marauding form as they toyed with the Lions bowlers, taking them to the cleaners every now and then. They were particularly harsh on Chris Morris and Aaron Phangiso.

Lumb finally finished off the chase in style when he blasted Pretorius for a six over deep wicket in the first ball, pulled the next over fine leg and then sent the third delivery across the boundary line as well to trigger celebration for the Sixers. 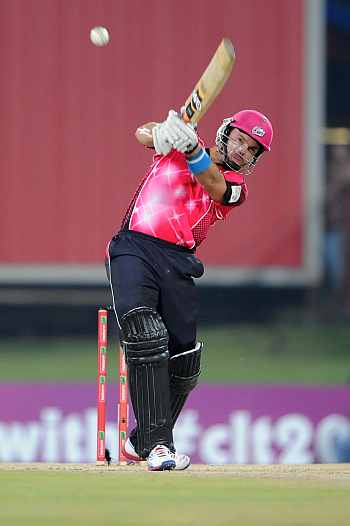 Earlier, McCullum and Hazlewood claimed three wickets each to help Sydney Sixers dismiss Highveld Lions for a modest 121 in the finals.

Sydney Sixers broke the back bone of the Lions as they reduced them to 9-4 in just 3.3 overs after winning the toss and electing to field.

Jean Symes top-scored with a 46-ball 51 to help Lions put up a total or else things could have been more embarrassing for the home team at the New Wanderers Stadiums.

Symes added 23 runs with Sohail Tanvir for the fifth wicket to start the recovery but the Pakistani player lost his wicket in the seventh over as the Lions lost half their side with just 32 on board.

Symes then forged a 41-run partnership with Thami Tsolekile for the sixth wicket and another 38 with Dwaine Pretorius for the seventh wicket to help Lions cross the 100-mark. Symes had eight fours in his 46-ball innings.

For Sydney Sixers, Steve O'Keefe and Mitchell Starc were the other wicket takers with one wicket each.

Put into bat, opener Gulam Bodi started off with a six of McCullum but he was send packing in the next delivery by the spinner to deal the first blow in the opening over.

First down Quinton de Kock was then sent back to the pavilions by pacer Hazlewood, courtesy a stunning catch by O'Keefe. Three balls later, Hazlewood reduced Lions to 8-3 after picking new man McKenzie in the last ball of the over.

Stranded all this while, Petersen was the next to go when he outside edged a O'Keefe delivery to Neil McCullum at the first slip.

Symes then tried to resurrect the innings with a couple of boundaries in the fifth over of Starc, while Tanvir also clipped one over square-leg. However, his stay didn't last long as the Pakistani player was trapped in front of wicket by McCullum.

Undeterred, Symes continued his job and picked up successive fours in the 10th over off Pat Cummins. New man Tsolekile also got into the act and blasted a couple of sixes to ease the pressure.

But McCullum broke the partnership dismissing Tsolekile when he had him caught at short midwicket.

Symes and Pretorius then joined hands and tried to accelerate. Symes picked up a couple of fours off Cummins, while Pretorius clobbered Hazlewood and Starc for a couple of sixes, before becoming a victim of Starc. 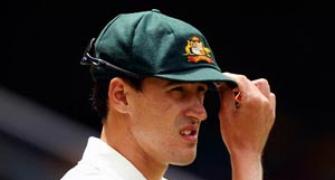 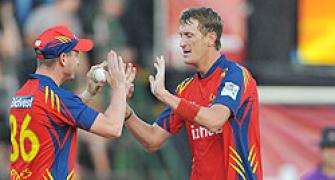 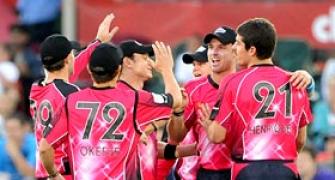 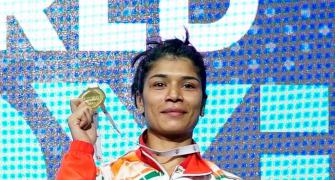 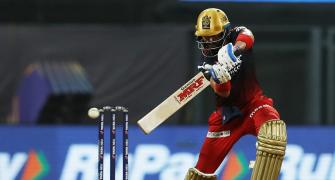 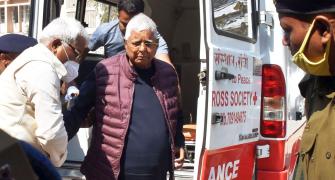 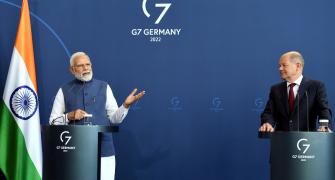 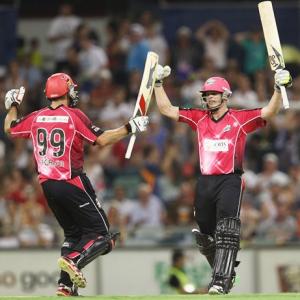 CLT20: Sydney look to hit Lions for a six in finale 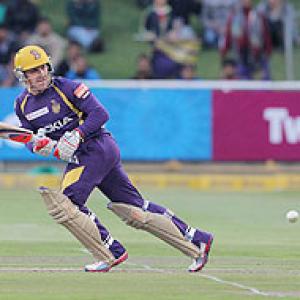 We've failed to get our game together so far: McCullum