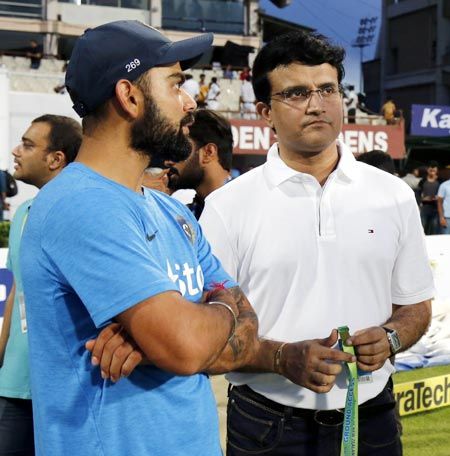 Former captain and BCCI's Cricket Advisory Committee member Sourav Ganguly on Tuesday asserted that India captain Virat Kohli will be consulted while selecting the new national coach, playing down reports that the high-profile position will be filled by this evening.

Kohli is not expected to be back in the country before July 17 as he is currently enjoying a break in the US after the limited-overs series against the West Indies.

The CAC, which also includes Sachin Tendulkar and VVS Laxman, conducted interviews for the coach's position of the shortlisted five candidates on Monday but did not announce the final decision.

Ganguly had stated that the CAC needs some more time to work it out.

"We respect his (Kohli's) decision. At the end of the day it is his team, he is going to lead the team. He will be consulted and no, he will not be the main person and he doesn't want to be the main person," Ganguly said in Mumbai on Tuesday.

"When you speak to Virat Kohli, he is aware. He doesn't want to be the main person," the Cricket Association of Bengal president said.

Ganguly had also created quite a flutter by stating that Kohli will have to understand how coaches work, seen as a terse message for the Indian captain who had a fallout with previous chief coach Anil Kumble.

Ganguly's comments came in the wake of news reports that the Supreme Court-appointed Committee of Administrators, headed by Vinod Rai, has asked the BCCI to announce the name of the coach by Tuesday evening.

"This afternoon I was suppossed to go to Delhi, but that has been cancelled. We will speak to him (Vinod Rai) because all that was announced yesterday was with everyone's permission and everybody was on board."

"He (Rai) has got the right (to ask us). The reason what we wanted to (hold back) was because Virat is on a holiday to America, and you don't want to disturb him in the break. If he is available on the phone, we will talk to him."

When pressed further about the date of appointment of the new coach the ex-India skipper said, "very soon".

The suspense continued over India's next coach with the CAC on Monday deciding to put the appointment on hold while sending a pointed message to skipper Kohli to understand "how coaches operate".

"Virat will need to understand how coaches operate. At the same time, you have to give credit to Virat that he has stayed out of the coach selection process. We will have a detailed chat with him once he is back," Ganguly, flanked by committee member VVS Laxman and joint secretary Amitabh Choudhary, told a press conference on Monday after interviewing the five shortlisted candidates including Ravi Shastri, Virender Sehwag, Tom Moody, Lalchand Rajput and Richard Pybus. 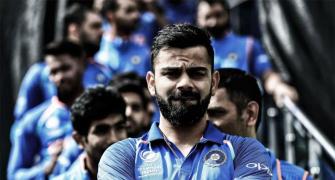 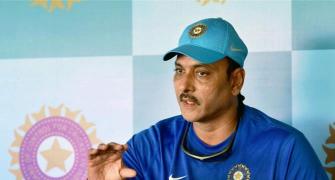 Shastri, Moody or Sehwag: Who will be Team India's next coach? 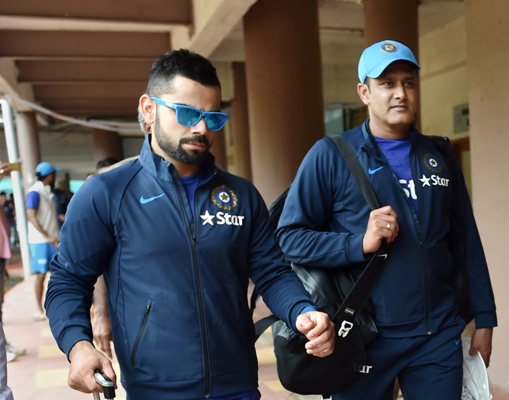