Former India captain Sourav Ganguly, who is a member of the Marylebone Cricket Club World Cricket Committee, will skip its upcoming meeting at Lord's on August 11-12.

Ganguly said his mother is unwell.

"My mother is not well. We may have to take her somewhere else for treatment so I'm not attending the meeting," Ganguly said.

The committee, headed by Mike Gatting, meets twice a year to discuss the prevalent issues facing the game.

Ganguly refused to comment on the BCCI's decision to come under the ambit of the National Anti-Doping Agency, which paves the way for it to become a National Sports Federation. 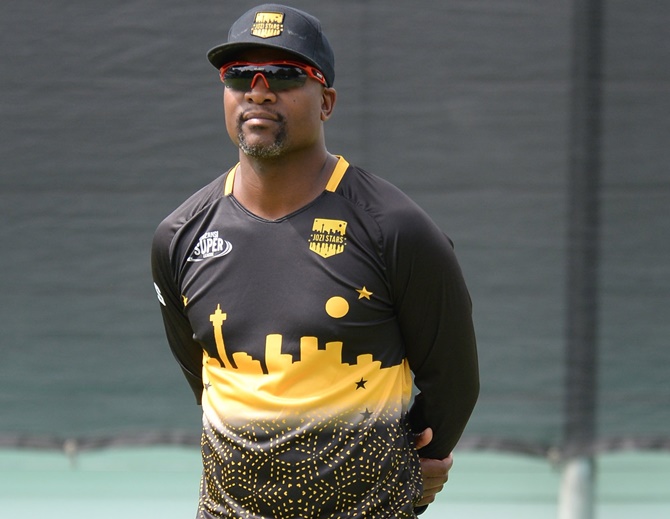 South Africa have appointed Enoch Nkwe as interim team director for next month's tour of India, a role which replaces that of head coach after the Proteas opted not to renew Ottis Gibson's contract in the wake of their dismal Cricket World Cup.

South Africa won only three of their nine matches in England and were never in the hunt for the semi-finals, a performance that prompted the governing body to radically overhaul their management team.

Nkwe enjoyed great success with the Johannesburg-based Lions provincial side in the 2018-19 season, claiming the domestic first-class four-day and Twenty20 competitions.

He also led the Jozi Stars to the inaugural Mzansi Super League title, another 20-overs tournament.

The new role of team director will be similar to that at top European football clubs where a technical director takes charge of the coaching staff and players.

Nkwe will now start a rebuilding of the Test side, which saw fast bowler Dale Steyn and batsman Hashim Amla announce their retirements in the last week.

The India tour, which includes three Tests and three Twenty20 Internationals, will be South Africa’s opening series in the new ICC Test Championship.

Sri Lanka recalled former captains Dinesh Chandimal and Angelo Mathews on Friday for the first Test against New Zealand which starts in Galle on Aug. 14.

Chandimal was dropped from the team for their tour of South Africa earlier this year due to poor form and did not make the squad for the World Cup either.

Mathews, who missed the South Africa tour due to a hamstring injury but played in the World Cup, returns to the Test side after an impressive performance in Sri Lanka's recent 3-0 one-day international series win over Bangladesh.

Suranga Lakmal, Lahiru Kumara and Vishwa Fernando are the three quicks in the line-up, with all-rounder Dhananjaya de Silva offering another spin option.

Sri Lanka will be coached by former fast bowler Rumesh Ratnayake during the series, after his appointment on an interim basis on Wednesday.

Sri Lanka Cricket has so far refused to clarify whether head coach Chandika Hathurusingha has been sacked. 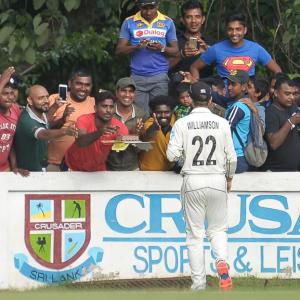