Buzz: Kiwi pacer Boult to have scan on injured ribs New Zealand opening bowler Trent Boult is an unlikely starter for the second Test against England.

Boult was ruled out of the rest of the first Test against England after experiencing pain in his ribs, New Zealand Cricket said on Monday.

Boult left the field shortly before lunch on the fifth and final day, with the team initially saying they expected him to return after the break.

The 30-year-old, however, did not return to the field at Bay Oval in Mt. Maunganui and the team said on Twitter he would take no further part in the match and have a MRI scan on Tuesday.

New Zealand beat England by an innings and 65 runs on Day 5 of the first Test.

India announces U19 squad for last three one-day against Afghanistan

The Board of Control of Cricket in India (BCCI) announced India U19 squad for the last three one-day matches against Afghanistan.

The five-match ongoing one-day series against Afghanistan is being played at the Ekana Cricket Stadium in Lucknow.

On November 18, the BCCI announced the squad for the first two one-dayers.

India won the first two one-day easily and will now face Afghanistan in the third game on November 26.

Bailey all set to be Australia's new national selector

Former limited-overs captain George Bailey is set to be Australia's new national selector along side coach Justin Langer and chairman Trevor Hohns, according to a report.

Bailey, 37, is still an active cricketer and plies his trade in the Big Bash League for Hobart Hurricanes and in the Sheffield Shield for Tasmania.

According to a report in 'The Sydney Morning Herald' and 'The Age', Bailey will not be the first active cricketer to be a national selector.

In the past Don Bradman and Michael Clarke have enjoyed the post while still being the captain of the national team.

Bailey, who has represented Australia in five Tests, 90 ODIs and 30 T20s, is yet to call it quits from the game.

Asked about the necessity of a new selector, Cricket Australia head of national teams Ben Oliver said he was "really pleased with the people who put their hat in the ring for that role".

"There will be some people who are really disappointed no doubt but they should all take great encouragement and they all have a lot to offer," he said.

Although it is believed that CA is showing keen interest in Bailey because of his vast knowledge of the white-ball formats as a player, especially with next year's Twenty20 World Cup at home round the corner, Oliver said the new selector would also be involved in selecting squads for Test matches.

"The panel, and all three, will be responsible for all Australian men's teams," Oliver said.

"What we've tried to achieve in this recruitment process is adding in some complementary skills to support Trevor and Justin and one of those is a consideration around short-format cricket."

AGENCIES
Related News: Boult, The Board of Control of Cricket in India, U19, New Zealand, CTL Rakshan
COMMENT
Print this article 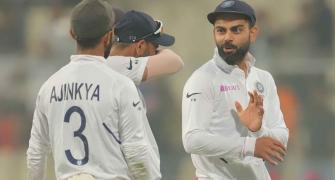