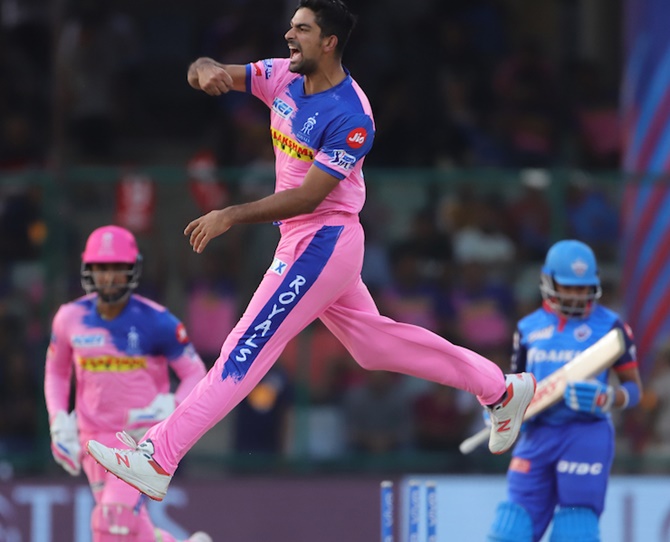 Rajasthan Royals on Thursday appointed New Zealand leg-spinner Ish Sodhi as their spin consultant for the 2020 edition of the Indian Premier League.

The 27-year-old was part of the Royals squad in the 2018 and 2019 before being released ahead of last month's IPL auction.

As part of his new role with the franchise, Sodhi will be working closely with bowling coach Sairaj Bahutule and Chief Operating Officer Jake Lush McCrum.

Sodhi has represented Royals in eight IPL matches, taking nine wickets at an economy rate of 6.69.

"Having played for two seasons for the Royals, I have formed a great level of understanding with all the people involved with the franchise, and they have always been very supportive of me. Therefore, I did not have to think twice when this opportunity was offered to me by the Royals' management," said Sodhi in a statement.

"It is a fascinating opportunity for me, to be involved in the coaching staff at such a young age, while also supporting and learning about the operations of the business," said Sodhi, who has picked up 47 wickets in 40 T20 Internationals for New Zealand.

The National Cricket Academy, which has often been criticised for its handling of players' injuries, is set to get the help of a BCCI medical panel and a dedicated social media department as part of its overall revamp plan.

The need for a medical panel was discussed at the NCA's recent meeting which was attended by all the BCCI-officer bearers, including president Sourav Ganguly and NCA cricket head Rahul Dravid.

The development comes after the criticism the NCA drew for the injury management of leading India players, including Wriddhiman Saha and more recently Bhuvneshwar Kumar.

"The BCCI will consult a London-based clinic, Fortius, for setting up its medical panel," a top BCCI official told PTI.

Head of fast bowling, a position which has been lying vacant for a long time, will also be filled soon.

That person will be in charge of setting up a fast bowling program at the NCA. The board will also hire a nutrition head for the Bengaluru-based facility.

The NCA has mainly been in the news for all the wrong seasons and there is no official communication coming out of it.

A social media manager will come on board to provide regular updates on the happenings inside the facility. The move could also go a long way in repairing NCA's reputation, the Board official added.

The NCA had failed to detect Bhuvneshwar's sports hernia and was also at the receiving end of criticism when it came to light that Bumrah and Hardik were taking outside help for their recovery rather relying on the NCA staff.

Going forward, Ganguly has already made it clear that NCA will be the primary centre for cricketing development programs in the country and all India players will have to go to Bengaluru for rehabilitation.

He also expects the new NCA facility to be ready in 18 months' time.

The other recruitment, which will be done soon, is the head of data analytics.

The NCA will also be conducting Level 2 and Level 3 coaching courses at its premises with state associations footing the bill for their respectively coaches.

"Coach development consultants" will also be hired on requirement basis.

Utmost caution will be taken while issuing medical updates on the Indian players with vetting of the information done by the team management as well as the NCA.