Buzz: Bangladesh to play T20I series in Pakistan, no Tests Bangladesh government has refused to give approval for the team to play Test cricket in Pakistan but advised for playing the T20I series on Sunday.

"According to government advice, Bangladesh can only play the T20I series in Pakistan. There is no chance to play Test in Pakistan right now," Bangladesh Cricket Board (BCB) president Nazmul Hassan said.

BCB will formally inform the Pakistan Cricket Board (PCB) about the situation and will reschedule the tour accordingly.

The Bangladesh cricket team was scheduled to visit Pakistan for the T20 and Test series this month, but the tour is uncertain.

The proposed tour features three T20Is, in Lahore on January 23, 25 and 27, followed by two Tests, originally slated for Rawalpindi and Karachi.

Test cricket returned to Pakistan for the first time in ten years with the Sri Lankan team playing two matches in Rawalpindi and Karachi, with the hosts winning the second match to clinch the series 1-0 after the rain-curtailed first game ended in a draw.

The Marylebone Cricket Club (MCC) is also going to send a squad to Pakistan in February to play in a few matches under the captaincy of its current president Kumar Sangakkara.

The Melbourne Stars opening batsman had directed a homophobic slur at Richardson during Saturday night's BBL derby between the Stars and the Melbourne Renegades at the MCG.

The all-rounder accepted the charge without challenge and was fined 7,500 dollars for the abuse.

"I've definitely carried it with me, even today, that's probably why I was nervous. It doesn't sit well with my character and who I want to be," crciket.com.au quoted Stoinis as saying.

"I've spoken to Kane, but ... it's not the type of person I am and it's not who I want to be. I understand it's out of line. It's not how I was raised. I'm not proud of it but I've just got to cop that on the chin and roll with it now," he added.

Stoinis on Sunday smashed the highest ever runs in an innings in BBL history. He played an unbeaten knock of 147 runs against Sydney Sixers to surpass D'Arcy Short, who previously held the record with 122* runs.

ICC planning to increase number of teams in T20 World Cup to 20: Report

The International Cricket Council is considering expanding the T20 World Cup from 16 to 20 teams from the 2023-31 cycle, according to a media report here.

The ICC, which views the T20 format as the best way to increase the reach of the sport, is mulling the option as a way for cricket to try and match the popularity of sports like football and basketball, according to the Telegraph.co.uk.

The newspaper reported that this consideration is "a part of broader discussions for the shape of international cricket calendar from 2023-2031". The first T20 World Cup in this cycle is scheduled for 2024.

The ICC had earlier put forward a proposal to organise a flagship event every year as a plan to enter the global media rights markets and the a bigger T20 World Cup will also increase the viewership.

A bigger tournament will also increase the likelihood of the participation of the USA, a market where ICC has recently made several attempts to spread the sport. Other teams that could take part are Canada, Germany, Nepal and Nigeria.

The ICC is looking at two options for the format if the tournament expands to 20 teams.

One of the options is the current two-tier format used in the T20 World Cup with lower-ranked teams playing the qualifiers to reach the main draw which includes the top countries.

The second possibility could be four groups of five teams each with the top sides from each group progressing to the knockout stage.

The ICC is carrying out several discussions about the future of the sport, including shortening of five-day Test matches to four days.

Four Australian artistes will be entertaining the crowd as part of a spectacular pre-game celebration at the opening match of the ICC Women's T20 World Cup 2020 on February 21 in Sydney.

The line-up showcases a diverse mix of Australian artists and complements the earlier announcement that global pop superstar Katy Perry will perform at the final of the ICC Women's T20 World Cup 2020. The final will be played at the Melbourne Cricket Ground on March 8, International Women's Day.

ICC T20 World Cup 2020 Local Organising Committee CEO, Nick Hockley said the opening celebration will encourage fans from all the competing teams to get up and dance.

"What better way to celebrate the opening night of ICC Women's T20 World Cup - the first of two T20 World Cups Australia is hosting in 2020 - than with some of the nation's most exciting music talent," Hockley said in a statement.

"The opening celebration will set the tone for world-class cricket action to follow and encourage fans from all the competing teams to get up and dance," he added.

Acting New South Wales Minister for Sport, Geoff Lee, said: "In just over a month we will have the world's best cricketers in our own backyard ready to entertain and excite the crowds. Kids will be cheering on their heroes and being inspired to become the next generation of superstars."

Cricket West Indies on Monday recalled all-rounders Dwayne Bravo and Rovman Powell as they announced a 13-man squad for the upcoming T20I series against Ireland.

Bravo last played at the international level against Pakistan in the UAE in September 2016 while Powell last played against India in Guyana in August last year.

Pacer Jason Holder has been rested for the series due to workload management while Fabian Allen is unavailable as he continues his rehabilitation following an injury during the tour of India last year.

"Dwayne Bravo was recalled with the specific intention of bolstering our 'death' bowling which was identified as an area that really needs improving. His record in this department speaks for itself. He will also be able to act as a mentor to the other 'death' bowlers and lend his experience wherever needed," Harper said in a statement.

"Rovman Powell is a genuine all-rounder who we believe can add impetus and up the strike rate at the back-end of the innings. He was excellent in the Colonial Medical Insurance Super50 Cup - where he scored two excellent centuries and a 96 and also had some other good performances," he added.

West Indies won the three-match ODI series by 3-0 against Ireland and the first T20I will be played on January 15. 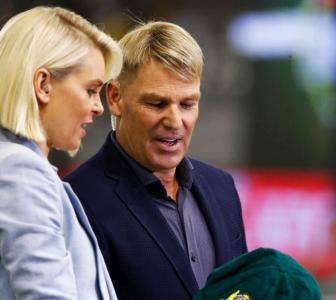 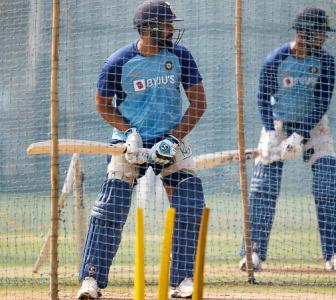 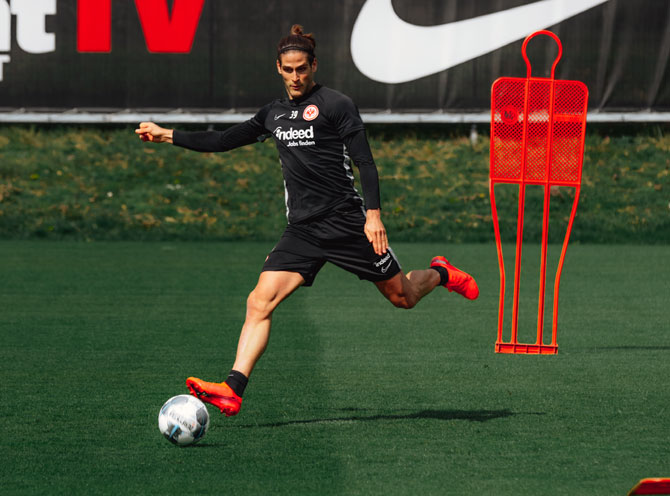 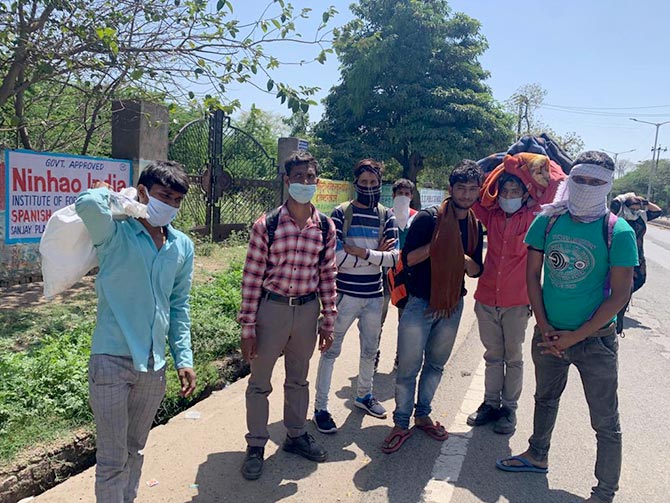 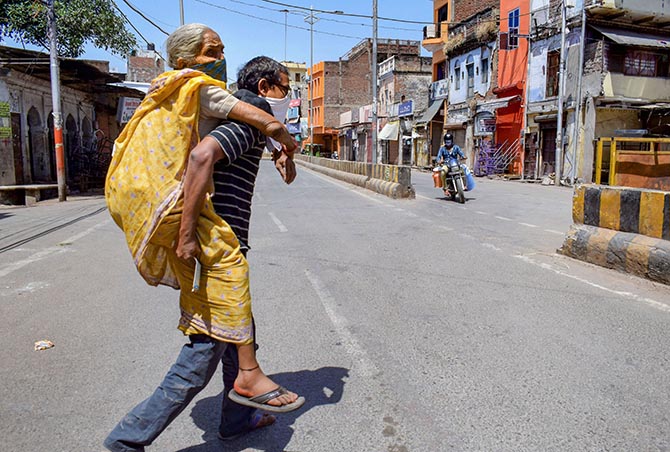 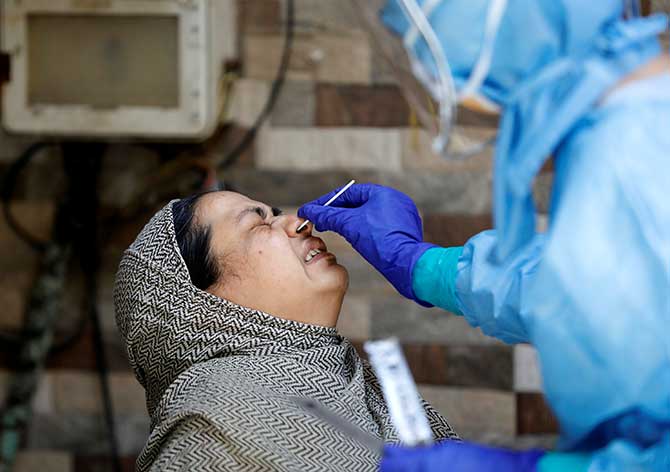 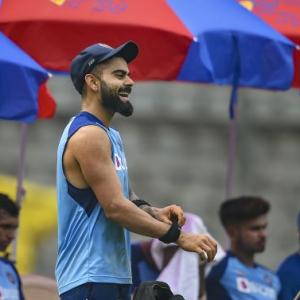 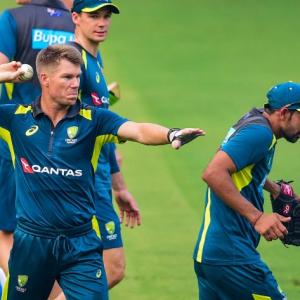