'They asked if I wanted to appeal and I said 'no'. I've only just got to Australia so I thought just carry on with the game' 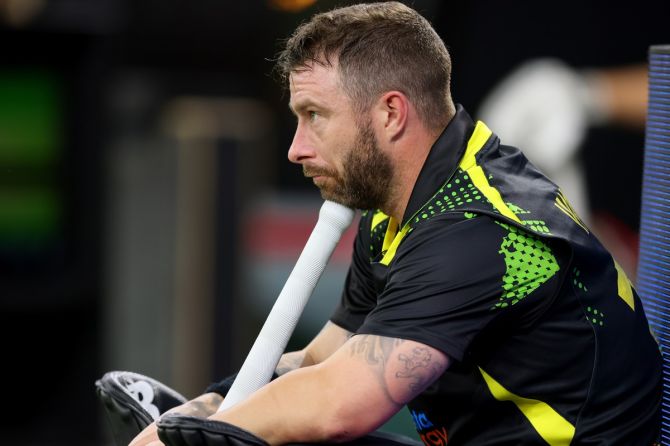 IMAGE: Matthew Wade looks disappointed on the sidelines after getting out. Photograph: James Worsfold/Getty Images

England captain Jos Buttler declined to appeal against Australia's Matthew Wade for obstructing the field in the series-opening T20 match in Perth on Sunday but said he might be less forgiving in the upcoming World Cup.

The match was delicately poised with Australia needing 39 off 23 balls to win when Wade top-edged a short ball from Mark Wood into his helmet.

The ball careened into the air and Wood ran down to Wade's end to attempt a catch but the Australian wicketkeeper-batsman stuck an arm out to impede him. 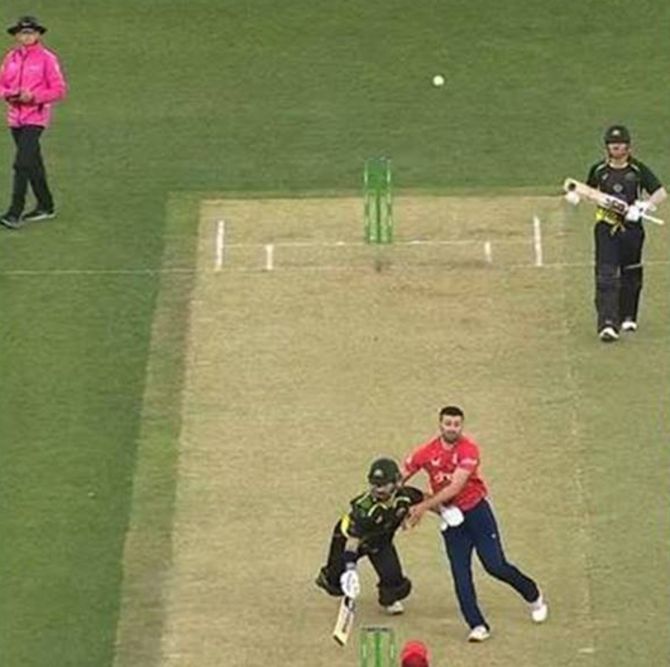 Buttler said he was asked by the on-field umpires whether he intended to appeal but decided to let the moment pass. England went on to win by eight runs.

"They asked if I wanted to appeal and I said 'no'. I've only just got to Australia so I thought just carry on with the game," Buttler told reporters.

"It was hard because I didn't know what I was appealing for ... I could have asked some of the other boys to see if they had a better view but thought I would get on with the game."

Asked whether he would appeal for a similar incident at the World Cup, Buttler said: "Maybe."

"There's a lot that goes on there when you get hit in the head and you're running around," he told reporters.

Dismissals for obstructing the field are rare in cricket but England all-rounder Ben Stokes fell foul of the rule when he blocked a throw at the stumps from bowler Mitchell Starc in a 2015 ODI against Australia at Lord's.

Stokes was given out after Wade appealed for his wicket from behind the stumps.

The series moves to Canberra on Wednesday. 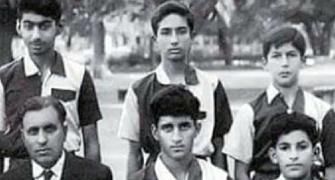 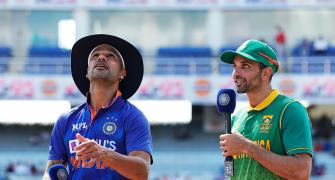 The plan worked like a charm, says captain Dhawan 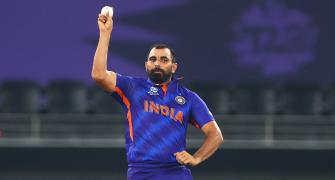 VOTE! Who Should Replace Bumrah? 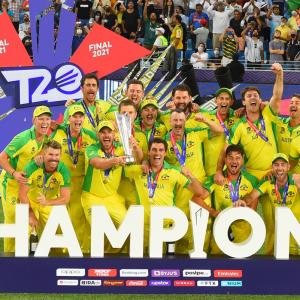 How India's bowlers stifled SA in the death overs...