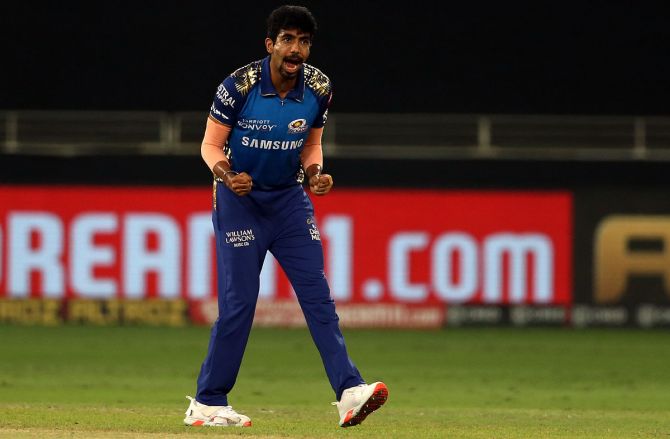 Bowling coach Shane Bond described Mumbai Indians's pace spearhead Jasprit Bumrah as the best T20 bowler in the world, saying it is always a privilege to watch him play in the Indian Premier League.

Bumrah and his pace partner Trent Boult blew away the Delhi Capitals batting line-up in the IPL Qualifier 1 on Thursday to help Mumbai reach their sixth final.

"Jasprit (Bumrah), it's a privilege to watch. The best T20 bowler in the world going about his work," Bond said in a video posted by Mumbai on Twitter.

Bumrah returned with figures of 4/14 from his four overs while Boult had 2/9 from his two overs as Mumbai trounced Delhi by 57 runs.

Bond also praised Boult for the impact he has made for Mumbai in the IPL.

"I loved working with Trent (Boult) since 2012. We have seen him at his very best and I was really excited to have him at our team because what a devastating bowler he can be and he has done that throughout the tournament for us.

"It makes life so much easier. When you are picking up wickets early and he has been the no.1 guy in the tournament," the former New Zealand pacer added.

Talking about his team's strengths, Bond said Mumbai have an "intimidating" batting department.

"We are an intimidating batting line-up, it's just relentless. Delhi fought really hard in the middle of the innings and got back themselves well into the game. If they had little bit of more luck, we would have been under pressure at the back," he said.