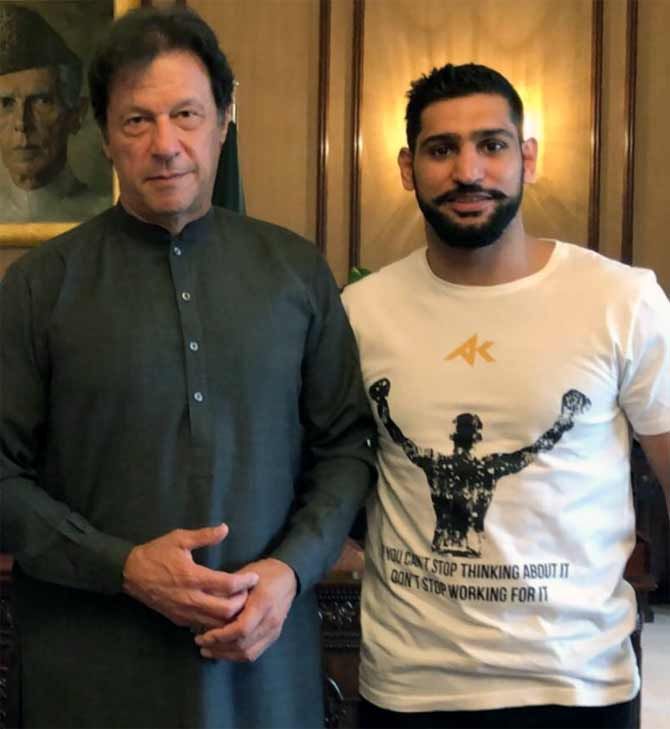 Pakistan's beleaguered cricket team has been offered help by British boxing star Amir Khan, who says he can assist the team in improving its fitness and focus.

The Pakistani-origin boxer's offer comes in the wake of the 89-run drubbing that the country endured in a World Cup match against arch-rivals India, in Manchester, on Sunday.

"Would love to help Pakistan cricket team with some advise on how to stay fit and strong. How to be disciplined on food, diet and training. The team has talent but need to improve on Strength & conditioning and focus...," he tweeted.

Khan, who was born and raised in Manchester and won an Olympic silver medal for Britain, is a former World champion in the professional circuit.

He continues to have close ties in Pakistan and often visits the country to promote boxing.

Khan, whose next pro fight is against an Indian in Neeraj Goyat, said that he would look to take revenge by beating him in showdown scheduled next month in Jeddah.

"Pakistan lost to India today #ICCWorldCup2019 come July 12th I will avenge the loss and knock out Neeraj Goyat on our upcoming fight in #SaudiArabia," he tweeted.

Goyat, a former WBC Asia title holder in the welterweight category, hit back at Khan on the same platform.

"keep dreaming @amirkingkhan You will witness my victory and india's as well #khangoyat #IndPak," he said.