India vs West Indies: Here's why Kohli was left agitated 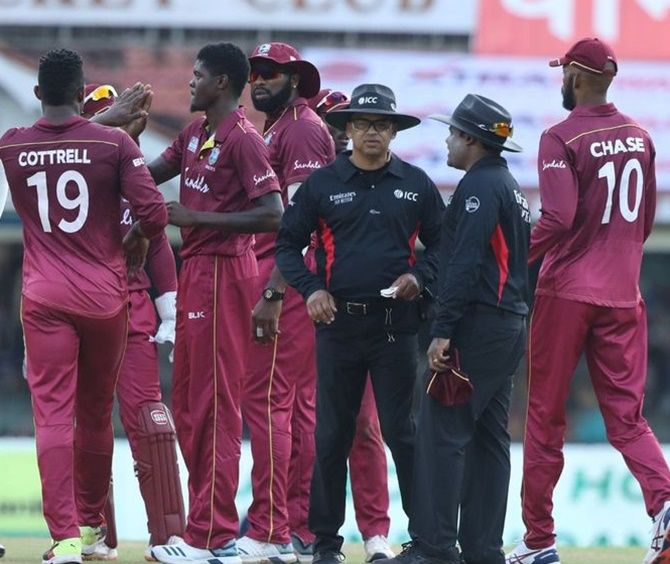 IMAGE: The on-field umpire Shaun George did not give it out though Ravindra Jadeja appeared to be short of his crease.  Photograph: BCCI

Indian captain Virat Kohli expressed his displeasure from the dressing room after the on-field umpire referred a late run-out call involving Ravindra Jadeja during the first ODI against West Indies, in Chennai, on Sunday.

The incident took place in the 48th over when Jadeja went for a quick single and the fielder affected a direct hit at the striker's end.

However, the on-field umpire Shaun George did not give it out though Jadeja appeared to be short of his crease and neither there was an instant appeal from the West Indies players.

The on-field umpire made a late referral to the third umpire after the dismissal was shown on the big screen.

The third umpire ruled Jadeja out after which Kohli looked miffed and rose from his seat before having a word with the fourth umpire (Anil Choudhary).

However, he did not enter the field of play.