Bowling with the Kookaburra ball will be a challenge: Bhuvneshwar 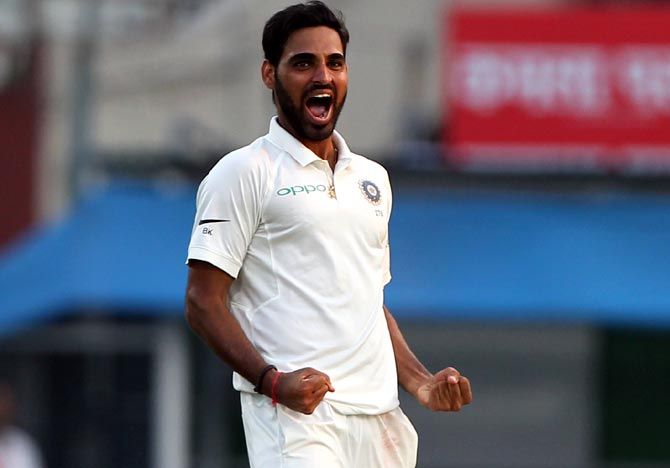 'The Kookaburra is the toughest ball to bowl with. It does not do too much after 25-30 overs, so these are the kind of situations we are trying to prepare for.' 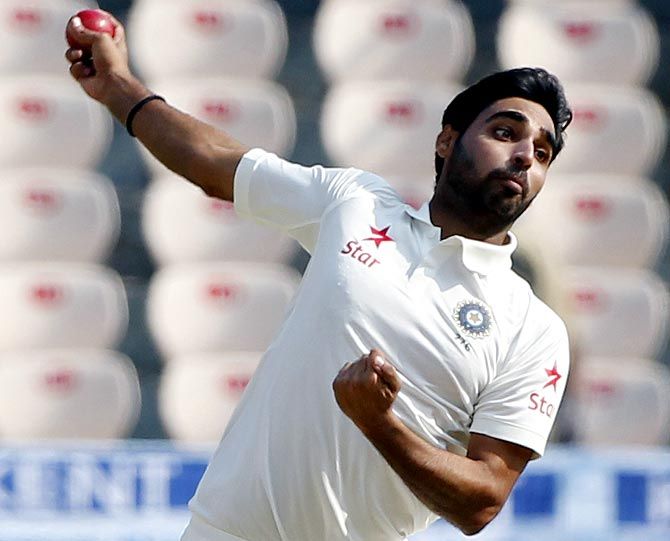 The extra bounce will be a welcome change but bowling with the red Kookaburra ball 'will be a challenge' in the three-match Test series against South Africa, reckons India pacer Bhuvneshwar Kumar.

After a two-shift opening practice session on Saturday, the  Indian team practised indoors on Sunday due to wet and windy conditions at the Western Province Cricket Club (WPCC).

The Indian pacers' focus as of now has been on bowling multiple long spells, which they will need to bowl in the series starting with first Test at Newlands from January 5.

"The first thing that comes to the mind when you are touring South Africa is bouncy wickets. But that is no surety of what kind of pitch you would get in the game," said Bhuvneshwar.

If it is about dealing with the bounce for batsmen, the bowlers will have to make the adjustment for bowling with the Kookaburra.

"When it comes to batsmen there is the bounce factor but that is a factor for the bowlers too. The Kookaburra is the toughest ball to bowl with. It does not do too much after 25-30 overs, so these are the kind of situations we are trying to prepare for."

The swing specialist said the pace attack has not yet gotten down to strategising for the game and the focus for now is on bowling long spells.

"We have not talked so far on the strategy. The focus is on the basics. May be a couple of days before the first Test, we will see how to strategise according to the batsman.

"Yesterday, we did two sessions to get into the Test mode. It is a six-hour day in a Test match so we bowled twice. We wanted to  bowl as long as possible," said Bhuvneshwar.

India have not won a Test series in South Africa but have been playing well over the last two years, reclaiming the number one ranking in the process.

Bhuvneshwar feels the current form give his team a good chance of improving its record in South Africa.

"Everyone is confident. We know there is a chance to win a series in South Africa but to be able to do that we know we have to give our best. We have done well in the last two years and we are confident of doing well in these conditions."

The pacer said because of the variety in their attack, there is a lot to learn from each other.

"Yes we can pick few a things from each other. I can pick reverse swing from Umesh, Ishant and Shami and they can pick swing from me."

On bowling in South Africa, he said: "First big change is the bounce. I won't say swing so much but bounce is something every fast bowler enjoys."

Asked to comment on the South Africa batting, which has been bolstered with the return of AB de Villiers, Bhuvneshwar said they are not focussing on just one batsman.

"Anyone (could be a threat). All their batsmen are doing well. For us, it is all about how we do against their batsmen."