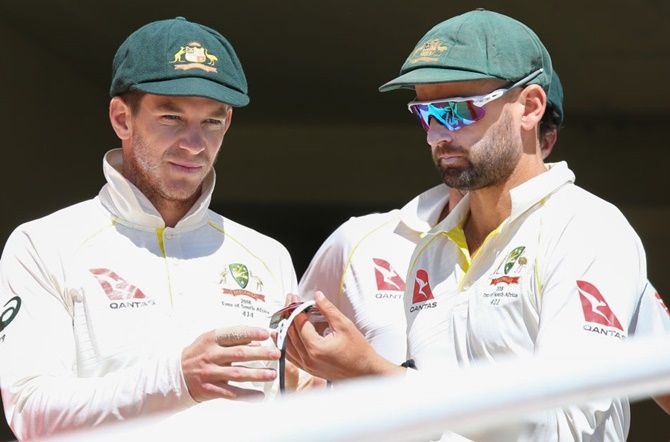 Stand-in Australia captain Tim Paine described a 'bizarre, strange and horrible' 24 hours that culminated in his side suffering a 322-run defeat to South Africa in the controversial third Test at Newlands on Sunday.

Australia have been engulfed in a ball-tampering scandal which prompted regular captain Steve Smith and his deputy David Warner to resign earlier on Sunday and could claim more casualties in the coming days as Cricket Australia launch an internal review.

That process is likely to be watched closely by the Australian public, who have been dismayed by sportsmen they once revered turning to cheating to get an advantage.

"It’s been a bizarre, strange and horrible 24 hours," Paine told reporters after the heavy defeat in Cape Town where Australia lost their 10 wickets for 57 runs on their way to their worst loss to South Africa since the host country was readmitted to international cricket in 1991.

"It was extremely difficult, though that is certainly no excuse for what you saw in the last 45 minutes. We are still the Australian cricket team, we are expected to put up a better effort than what we did today, but it was in some trying circumstances."

Paine said the enormity of the ball-tampering scandal was sinking in for Smith, Warner and Cameron Bancroft, the young batsman tasked with trying to alter the state of the ball on the third day.

"They are struggling, probably the reality and enormity of what has happened is starting to sink in," Paine said.

"I don’t think all (the players) would have expected this to be as big as it has been, especially the fallout that we have seen from back home."

Australia have one more Test to play, starting in Johannesburg on Friday, when they will try to rescue a draw in a series in which they currently trail 2-1.

It is likely to be a much-changed side, not least because a number of players are woefully out of form, with Smith serving a one-match imposed ban by the International Cricket Council (ICC).

"The one positive that will come is that some guys will get an opportunity to play for their country," Paine said, adding that the team now had to restore their shattered reputation.

"The whole opportunity for us going forward is something that we can learn from and something we can try and control, how we are seen by the Australian public and become the team we want to become and they want us to be seen as."

South Africa captain Faf du Plessis said of Smith: "He is trying to take responsibility, so there is right in that but people are also responsible for their own actions. I can understand it is a tough time for him to be in right now.”