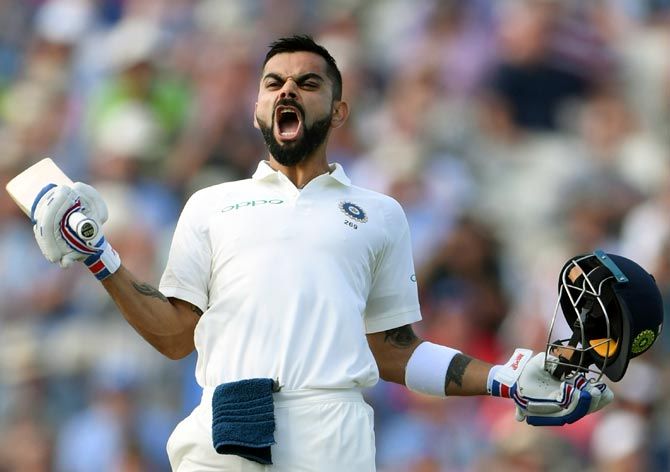 Drawing a comparison with legends such as Brian Lara and Vivian Richards, Waugh said Kohli has shown all the traits of a great batsman.

"He (Kohli) has got the game to survive anywhere, I think he's got the best technique of anyone in world cricket," Waugh was quoted as saying in Cricket.com.au.

"And he likes the big occasion like (Brian) Lara and Tendulkar and (Viv) Richards and Javed Miandad and all the great batsmen. They want the big occasion and that brings out the best in their cricket," he added.

Kohli blasted 149 and 51 runs in the first and second innings against England in the opening Test to become the seventh India batsman and the first since Sachin Tendulkar (in June 2011) to top the ICC rankings for Test batsmen.