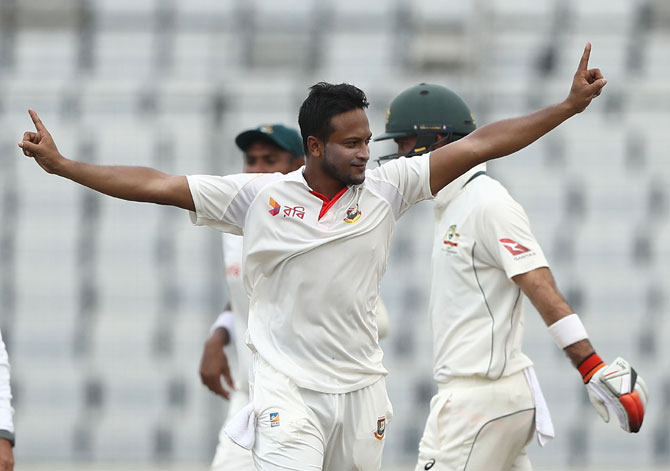 Bangladesh's Shakib Al Hasan has consolidated his position at the top of the ICC Player Rankings for Test all-rounders following his stellar performance in the historic Dhaka Test.

Shakib scored 84 and five runs in his two innings and played an important role in Bangladesh's maiden Test victory against Australia at the Sher-e-Bangla National Cricket Stadium in Dhaka on Wednesday.

The star all-rounder has also moved up three slots to a career-best 14th position among bowlers after his match haul of 10 for 153 at Mirpur.

His fellow spinners Mehedi Hasan (up three places to 30th) and Taijul Islam (up four places to 32nd) have also moved up after finishing the match with five and four wickets, respectively.

Opener Tamim Iqbal's two innings of 71 and 78 have lifted him six places to a career-best 14th position in the rankings for Test batsmen. 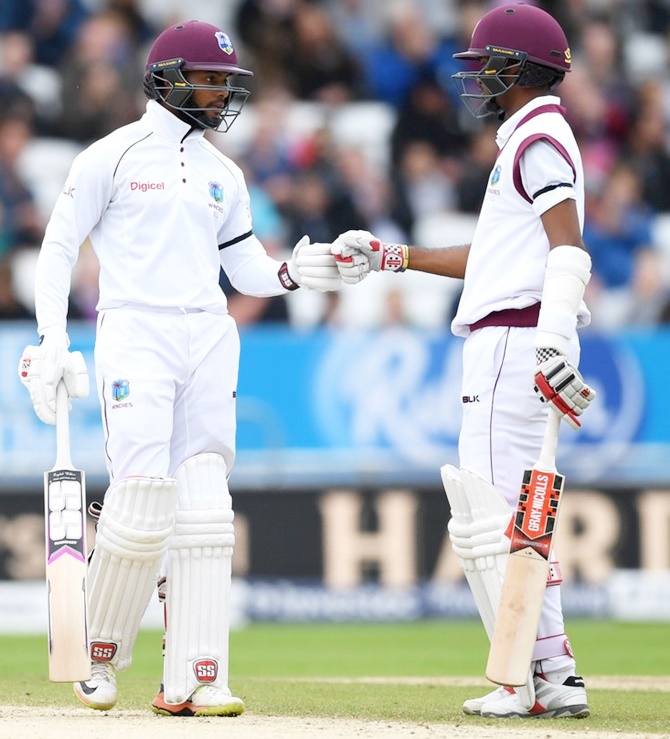 West Indies' Kraigg Brathwaite and Shai Hope have also attained career-best positions in the rankings for Test batsmen after their splendid performances in Leeds helped the Windies complete a series-levelling win against England.

The Barbados pair, who orchestrated a 322-run chase for an unforgettable five-wicket victory, gained massively in the latest rankings.

Opener Brathwaite has risen 14 slots to 16th position after his innings of 134 and 95 in the second Test of the three-match series while Hope's knocks of 147 and 118 not out, the first pair of centuries in any first-class game at Headingley, have helped him secure a massive gain of 60 places to reach 42nd position.

Windies captain Jason Holder has gained in both batting (up four places to 57th) and bowling (up two places to 37th) rankings while pace bowler Shannon Gabriel has gained two slots to reach 18th position after taking six wickets in the match. 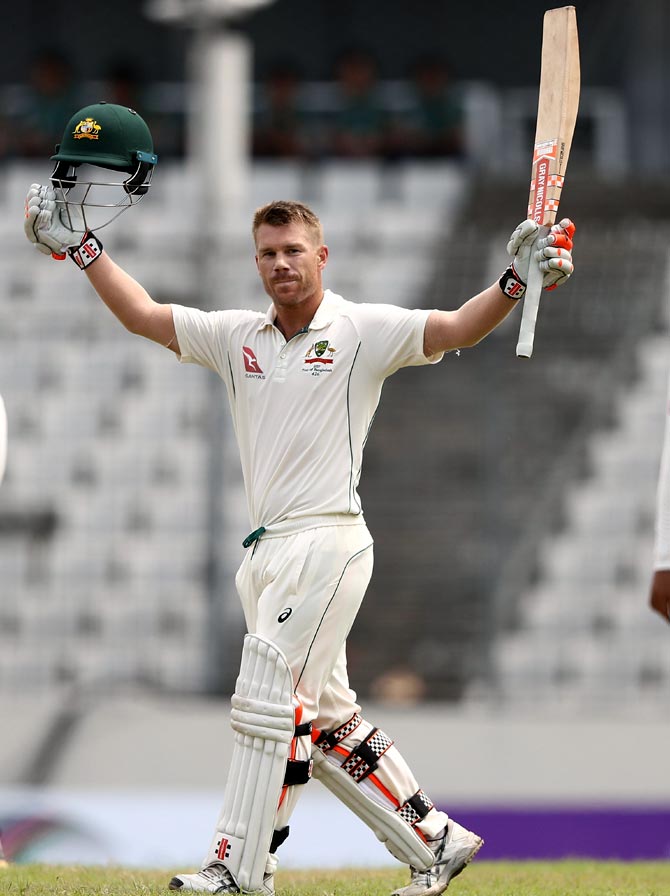 For England, Ben Stokes's first-innings century has seen him move up two positions to 23rd place among batsmen while Chris Woakes has gained 10 slots to reach 74th position.

Meanwhile, Australia opener David Warner has returned to the top 10 after a valiant century. Warner's partnership of 130 for the third wicket with captain Steve Smith could not prevent Bangladesh from scoring its first ever Test win over Australia, but the left-hander had the satisfaction of moving up five slots to sixth position after scores of eight and 112. 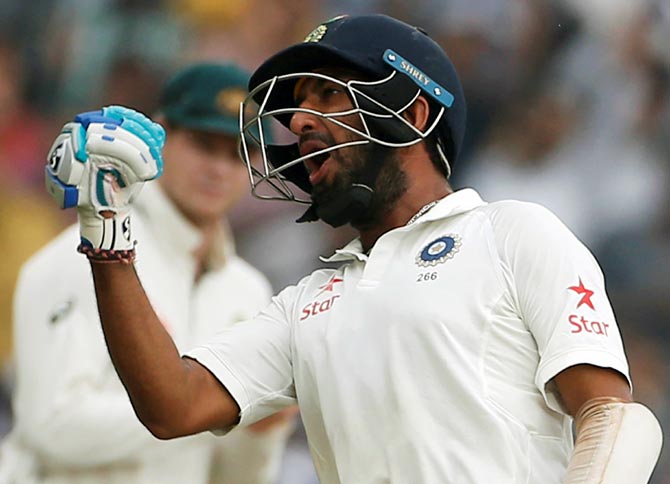 India's Cheteshwar Pujara and skipper Virat Kohli remained static at the fourth and fifth position respectively in the Players Rankings for batsmen.

However, young batsman KL Rahul slipped a rung to 10th.

James Anderson is on second spot in the Test bowlers rankings and the England pacer is followed by Ashwin, Sri Lanka's Rangana Herath and Australian Josh Hazzlewood.