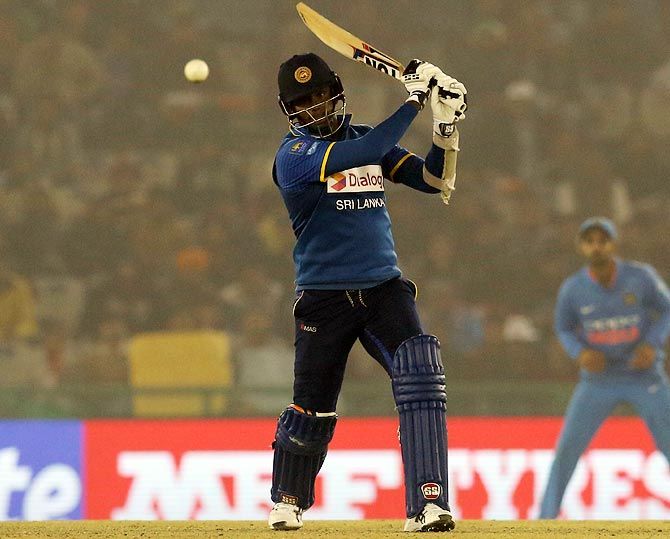 In a big relief for Sri Lanka, veteran all-rounder Angelo Mathews has recovered from cramps and is available for selection for the series-deciding third ODI against India, in Visakhapatnam on Sunday.

Matthews, who suffered from cramps during his unbeaten innings of 111 in the second ODI in Mohali, took active part in Sri Lanka's training session on Friday.

Mathews had a couple of batting stints and also bowled some overs in between.

"Angelo Mathews is fit. He suffered from cramps at the end of the last game. However, he has recovered. He bowled as well as batted in the nets today. All our 15 members are fit and available for selection," he said said.

The islanders had a training session that lasted a little over three hours.

Meanwhile, the Indian team called off their optional training session scheduled for later in the day.

The series is level at 1-1 after India bounced back strongly, riding on skipper Rohit Sharma's splendid double century to post a convincing 141-run victory at Mohali. 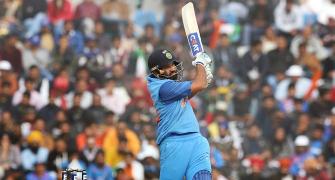 Was determined not to throw away my wicket: Rohit 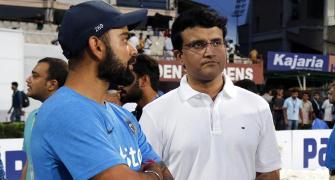 REVEALED! How Rohit manages to score double centuries in ODIs...