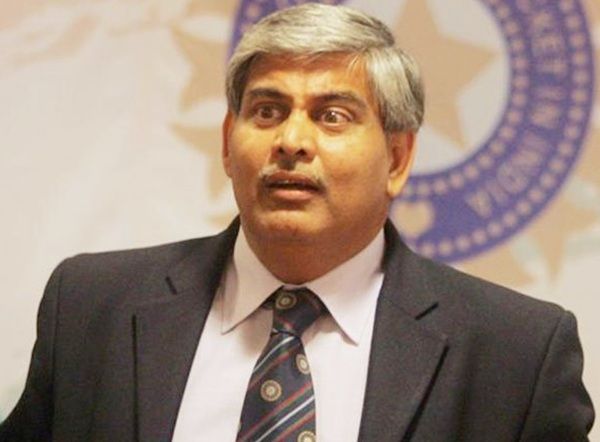 Shaken by Justice RM Lodha committee's recommended reforms of its governance structure, the Board of Control for Cricket in India has decided to call a Special General Meeting (SGM) within the next two weeks to discuss the implications of the report.

- Bedi hails Lodha recommendations, says attempts will be made to find loopholes

- 'I appreciate having been given a clean chit by Lodha Committee'

In fact, all the top BCCI officials will be present in Mumbai on Tuesday at the Annual Awards Function of the BCCI.

"Shashank Manohar has flown to Mumbai this evening. Others will also be joining by tomorrow morning for the Awards ceremony. The Indian team will also depart for Australia tomorrow. The top brass will decide on the date of SGM by tomorrow and the members will be apprised of the situation," a BCCI functionary told PTI on conditions of anonymity.

The members will discuss if at all they will challenge some of the points in the recommended report.

The president however remained tightlipped on the matter.

"I haven't seen the report and I would not answer any queries unless I read the complete report of the Lodha panel," BCCI president Shashank Manohar told PTI on Monday.

Once Justice Lodha made the contents of the report public, most of the top office-bearers came to the conclusion that the next step will be decided once the Supreme Court hears the matter.

None of the officials want to come on record till the matter is heard in the apex court, but two key areas for the officials is age-cap and the tenure along with cooling-off period in the interim.

"While the commission states that they did not want to hurt BCCI's autonomy some of the suggestions are direct infringement on the autonomy of the board. It was Sharad Pawar, under whose presidentship BCCI introduced pension scheme for players. Pawar saab is still active in Indian politics. You can't stop him for being above 70 years," a senior BCCI official said.

The other point of concern is the cooling-off period between holding two posts.

"If a person has done good work as the secretary or treasurer, why do you want to stop him from continuing the good work as an administrator. Also, how can you limit a tenure. We don't take government subsidies. The selection committee size is being reduced to three. How can three selectors cover 27 Ranji Trophy teams across four to five months," asked another influential official.

Earlier on Monday, the Supreme Court-appointed Lodha Committee recommended sweeping reforms for the controversy-ridden Board of Control for Cricket in India, suggesting a bar on ministers occupying positions, putting a cap on the age and tenure of the office-bearers and legalising betting.

In a series of drastic reforms, the three-member panel, headed by Justice Rajendra Mal Lodha, also suggested one unit should represent one state, while taking away the voting rights of institutional and city-based units.

The committee also suggested the restructuring of the BCCI's administrative set-up, proposing the position of a CEO accountable to a nine-member apex council.

The panel submitted a 159-page report to the Supreme Court, which will decide whether the recommendations will be binding on the BCCI.

Lodha said he held 38 meetings with BCCI officials, cricketers and other stakeholders.

"First thing is about the structure and the constitution. As you know, presently the BCCI has 30 full members. Some of these members do not have any territory like Services, Railways etc. Some of them do not play tournaments. Some of the states have multiple members like Maharashtra has three, Gujarat has three. BCCI is a national body covering the length, breadth and width of the country. So ultimately, in our recommendations, we have gone by the concept that one association of each state will be full member and have right to vote," Lodha said, as he gave detailed explanations on the recommendations.

"The Committee is of the view that it be left to the BCCI to decide which of the 3 associations from Gujarat and Maharashtra would be taken to represent the entire State, and the remaining 2 associations from each State would become Associate Members, who would however continue to field teams for competitions as they have done in the past," says the report.

"As the Services, Railways and Universities have hitherto enjoyed Full Member rights although they do not represent a particular State, the Committee recommends that they be accorded the status of Associate Member so that their views may still be considered while they will not have voting rights. The same principle would apply to the Clubs (CCI and NCC), which do not field cricket teams and have no cause to be treated as Full Members," it further adds.

Among the most sensational recommendations by the Lodha panel was the suggestion to legalize betting. It felt that the move would help curb corruption in the game and recommended that except for players and officials, people should be allowed to place bets on registered sites.

"As far as betting alone is concerned, many of the respondents before the Committee were of the view that it would serve both the game and economy if it were legalized as has been done in the United Kingdom. It cannot be overlooked that the worldwide legal sports betting market is worth over 400 billion dollars," the report says.

The panel said that to ensure transparency in the BCCI's functioning, it is important to bring the body under the purview of the Right to Information Act, something that the Board has vehemently opposed in the past citing its autonomy.

Putting a cap on the age and tenure of the BCCI office-bearers, the committee said that Board members should not hold office for more than three terms.

Justice Lodha said that the President can have only two terms of three years each but other office bearers can have three terms. There will be a compulsory cooling off period after each term for all office-bearers.

As part of its proposed revamp of the BCCI's administrative set-up, the panel said the Board's everyday affairs should be run by a CEO. The panel said there should also be a players' association to ensure that cricketers have a say in the Board's functioning.

"There should be an apex council for the BCCI comprising of nine members, of which five should be elected, two should be representatives of players association, and one woman. Day to day management of the BCCI will be conducted by the CEO. He will be assisted by six professional managers and the team of CEO and managers will be accountable to the apex council."

The committee said the players' association will include all those who have played first-class cricket.

Lodha said the players' association will not be redundant body and will ensure that the current and former cricketers have a voice in the Board.

On to the IPL, which has been battling a credibility crisis ever since the 2013 spot-fixing scandal, the Panel recommended a revamp of its Governing Council.

"Regarding the IPL, the recommendation is that the chief governing body will be known as the Governing Council, which will comprise nine members. The Secretary and the Treasurer of the BCCI will be ex-officio members of this IPL governing council.

"Two other members of the IPL Governing Council will be nominated/elected by the full members. Of the remaining five, two will be the nominees of franchises, one will be a representative of the players association (so one needs to be formed), one will be a nominee of the Comptroller and Auditor General of India's office.

"The Governing Council of IPL will be entitled to take all decisions concerning IPL, which includes the decision relating to financial matters. However, Governing Council will be answerable to the General body of the BCCI. So limited autonomy is proposed for the IPL GC."

The panel gave a clean chit to former IPL COO Sundar Raman in connection with the 2013 spot-fixing and betting scandal, citing lack of evidence against him.

"There was not enough evidence against Sundar Raman and no knowledge of him knowing Vindoo (Dara Singh)," said Justice Lodha while reading out parts of the report.