'IPL is a win-win situation for State and Central Government'

'Don't force us to take IPL outside India' In his first media interaction after taking over as the president of the Board of Control for Cricket in India, Anurag Thakur on Sunday made it clear that the BCCI is not running away from implementing the recommendations suggested by the Supreme Court-appointed Justice Lodha Committee, however, he clarified that it is not possible to implement all the changes.

He gave reference to the one particular recommendation which says that no advertisements should be shown between overs during a live match on television, which he believes will affect the revenues of the BCCI and in turn affect everyone connected to the Board including the former, current and future players.

"If you look at the reports, IPL is the fastest growing league in the world, which in itself is a great achievement for the BCCI. They have worked well, the franchises have contributed. If you look at the other side of it, where do you get the major revenues from? It is from the home series. And your revenue comes from where? It is from the advertisements," Thakur said.

"Look at the money, paid one time, or on a monthly basis to the ex-cricketers. Where does that money come from? They come from this only (the ads). If you block that then who is going to suffer? Will it be only Thakur and Shirke who will suffer? No, it will be the state associations, the ex-cricketers, the current cricketers and the upcoming cricketers. The overall cricket will suffer because of this,” he added.

Former chief Manohar had on Saturday also stated that the Board generates its revenue through advertisements booked and any changes would impact the running of the sport in the country big time.

"If ads are not shown the Board will go back to 1980s level. A lot of (welfare) schemes (for retired players) will be shut down. Around 900-1000 junior level games are played all over the year and they will not be possible," Manohar further stated.

Thakur claimed the BCCI has been proactive in the last 15 months as far as making changes to its set-up and would continue to evolve itself in the future as and when needed.

"We are not running away from the Lodha recommendations, but we need to understand what is practical to implement. We undertook some reforms in the BCCI on our own even before the Lodha recommendations come out and with time every institution grows and implements reforms. Where there are shortcomings, we will try and address it and from time to time, we will take steps towards it. We are aware of our responsibility towards the game and we will try to fulfill it 100 percent always," he said.

He pointed out to the examples of recent changes like appointing a CEO or an Ombudsman or the CFO as the BCCI’s seriousness in making it’s running more transparent and professional.

"We have introduced many reforms in the last 15 months, whether it is appointing the Ombudsman or the appointment of professionals. As you all are aware, we have appointed our chief executive, Mr. Rahul Johri and the CFO is Mr Santosh Rangnekar, who was working earlier with TATA Sons as vice-president,” he said. He also hit out at the critics of the Indian Premier League and slammed the last-minute shifting of some of the matches out of Maharashtra due to the drought-situation which he believes was uncalled for.

"We need to understand what the IPL brings to the country. It is the fastest growing league. It gives a platform where talent meets opportunity. The upcoming cricketer gets a platform to play with iconic cricketers, it is a platform where ex-cricketers get a job or some kind of responsibility to earn something out of it legally.

"If you look at the current players, they get a lot of exposure playing with some of the best players from around the world. If you look at the government, they generate around 100 crore of revenue everywhere, so IPL is a win-win situation for the state and the Centre as well. So why are we pushing IPL out of the country? Who is forcing us?," he said.

"During the election period, the security is not available and that is why you have to take it outside. So because of the steps not taken in the last 15-20 years and those initiatives must be provided by the government like providing drinking water and enough water to every household.

"But still if we need to contribute we are trying our best wherever our stadium is, that green initiative will help, the rain-water harvesting will help. IPL is successful because of Indians. Because it is being played in India and it has been appreciated all over the globe. Don’t force us to take it outside.

"All I am saying is that it is not feasible to shift 15 matches at the last minute and host it at some other ground. The franchise, the Board loses, the state association loses, nobody looks in the area where we suffer a loss. We don’t want to take the water away from anybody’s house, we are more than willing to contribute, we are also Indians, we are happy to contribute to the society," he added. Coach appointment will take another couple of months: Ganguly 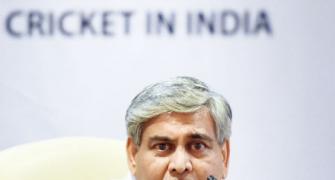 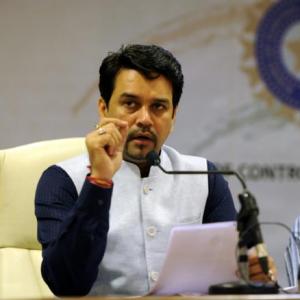 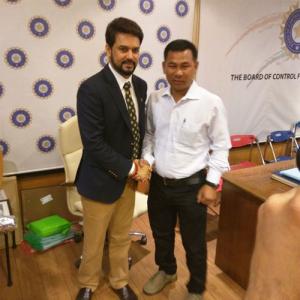