Sports Minister Ajay Maken on Tuesday sought to strike a cordial note with the Board of Control for Cricket in India by inviting it to register as a national sports federation (NSF) with the ministry.

Top BCCI officials, who have been at loggerheads with the ministry over the registration issue, met the sports minister in Delhi on Monday.

Maken said he had a good discussion with the board officials.

"I had a good discussion with the cricket board officials whom I advised to register the entity as a national sports federation. I welcomed them to come and register as NSF and leave all the acrimony behind.

"The meeting was held in a very cordial environment and both parties listened to each other's concerns. They understood what I tried to say and hope this matter will get resolved soon," Maken told a press conference.

The sports ministry had de-recognised the BCCI last year as the apex cricket body in India following its refusal to register as a national sports federation. The board's main contention was that since it doesn't take any financial assistance from the ministry it is not binding on them to follow the guidelines.

Following non-compliance of mandatory requirements, the government recently withdrew customs duty exemption on import of goods by the BCCI or bodies certified by it.

The ministry had informed the government that the BCCI has not complied with the mandatory requirements of submitting the necessary documents to the government for annual recognition as a NSF.

Maken said he is hopeful of an early solution, as the BCCI meets all other requirements of the ministry.

"All I can say is we will soon find the solution," he said.

Clarifying that the government is not enforcing its own rules, Maken said they are only supporting the IOC charter in making things better for Indian sport.

"A large number of federations have already adopted or communicated their intent to adopt good governance principles laid down by the Government from time to time. These include federations such as athletics, badminton, boxing, golf, hockey, gymnastics, rowing, shooting, tennis, volleyball, weightlifting and yatching," said Maken.

He also expressed confidence that once the proposed guidelines are placed in Parliament, there would be a positive response.

"Cutting across all party lines, the parliamentarians earlier had also came out in support of improving the situation of sports federations in the country."

As per the IOC charter, any affiliated member ceases to be a member at the end of the calendar year during which he reaches the age of 70, while all members of the IOC Executive Board are elected by the sessions in a secret ballot by a majority of votes cast.

It further says that a member may serve for a maximum of two successive terms on the IOC Executive Board regardless to the capacity to which he has been elected. However, in case a member has completed two successive terms, he can still be elected after a minimum period of two years.

Maken said that the president is elected by secret ballot from among members for a term of eight years, renewable once for four years.

"In order to fulfill their mission the National Olympic Committees may cooperate with governmental bodies with which they shall achieve harmonious relations. However, they shall not associate themselves with any activity which would be in contradiction with the Olympic charter," Maken said.

Elaborating that existing Legislations in other countries can serve as good examples, he said a case in point would be the Ted Stevens Olympic Amateur Act of 1978 enacted by the USA.

The Act provides for reservation of 20 per cent membership and voting rights for amateur athletes who are actively involved in the sport and have represented the USA in the past 10 years.

Talking about the anti-doping law, Maken said the fact that nearly 139 countries are signatories to the International UNESCO Convention against Doping in Sport is in itself a reflection of the fact that Sport/Sports Administrators can no longer claim isolation from scrutiny.

"As a signatory to the UNESCO convention, India has shown highest commitment to movement against doping. It is a member of the World Anti Doping Agency (WADA) and has constituted its own National anti Doping Agency (NADA) on the lines of WADA," said Maken.

The minister said that in regard to a number of complains as far as sexual harassament of players are concerned, strict guidelines would be issued.

Measures against sexual harassment would aim at ensuring that the guidelines laid down by the Supreme court judgment in the Vishakha Vs State of Rajasthan are implemented and taken into prospective while contemplating protection of women in sports from sexual harassment.

Unlike his predecessor, M S Gill, who had proposed to restrict the age and tenure of NSF officials, Maken's Sports Development Bill, if passed by Parliament, will make it difficult for office-bearers to flout the guidelines as it will become the law of the land. 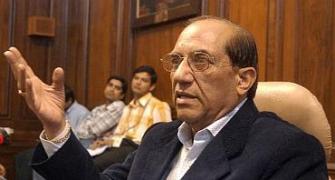