'The BCCI does not want to take any chances. The Lodha Panel reforms states clearly that one needs to ensure that anyone associated with the BCCI does not have any conflict of interest.' 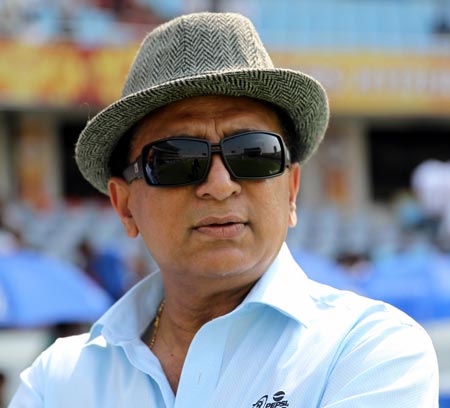 Former India captain Sunil Gavaskar along with other enlisted in the Board of Control for Cricket in India's panel of commentators will have to sign an undertaking that they don't have any 'Conflict of Interest' as per the recommendations by the Lodha Panel.

The BCCI has already zeroed in on four names as their enlisted commentators. They are Sunil Gavaskar, Sanjay Manjrekar, Murali Kartik and Harsha Bhogle, who is returning after a fall out with the BCCI post the World T20 in 2016.

The BCCI on Wednesday did not officially name the quartet as COA member Diana Edulji said that all the issues pertaining to 'Conflict of Interest' is being looked into.

"We have discussed the names but it has not been finalised. We need to look into the Conflict of Interest rules properly. We still don't know who's having what interest," Edulji said.

However, it was learnt from a senior official that all names have been finalised but the four enlisted commentators will need to sign an undertaking. It will primarily ask them to declare that they do not have any relationship with any Players' Management Firm.

"The BCCI does not want to take any chances. The Lodha Panel reforms states clearly that one needs to ensure that anyone associated with the BCCI does not have any conflict of interest. We must remember that former COA member Ramchandra Guha, in his resignation letter, had referred to Gavaskar's involvement with Professional Management Group," a BCCI official said.

In fact, the letter he was referring to had Guha making a pointed attack on the legendary opener.

"Sunil Gavaskar is head of a company, which represents Indian cricketers while commenting on those cricketers as part of the BCCI TV commentary panel. This is a clear conflict of interest. Either he must step down/withdraw himself from PMG completely or stop being a commentator for BCCI," Guha wrote in his letter then.

Gavaskar in his response had refuted Guha's allegations.

"It's very disappointed that they are doubting my integrity and contribution to Indian cricket. Is there something particular against me that Ram Guha has named me in public?," he had said then.

For Bhogle, it will be a comeback in the establishment after his acrimonious exit in 2016.

It was learnt that some of the top players of the current India team were not happy after learning about some of his on-air critical comments during a World T20 match between India and Bangladesh.