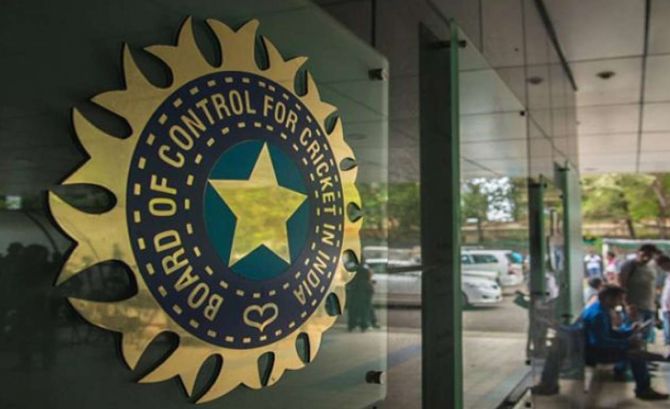 IMAGE: Many unsanctioned Twenty20 events around the country have come under the scanner for corruption. Photograph: PTI

The Board of Control for Cricket in India is likely to form a working group, during its Apex Council meeting on April 16, to streamline the organisation of T20 tournaments around the country.

The move comes in the wake of the unsanctioned conduct of the Bihar Cricket League.

The Bihar Cricket Association completed the league last month despite the BCCI's directive in the middle of the event stating that it was staging the tournament without the required approval.

Following the success of the IPL, state T20 leagues began mushrooming around the country but most of them have come under the scanner for corruption, something which is seen as a big challenge by the BCCI's new anti-corruption unit.

Also among the 14-point agenda of the meeting is the appointment of the Indian women's team's support staff and its international assignments which have been hit badly by the COVID-19 pandemic.

The team is set to play a Test for the first time in more than six years, as announced by secretary Jay Shah, and is expected to travel to England and Australia later this year.

Also, it remains to be seen if head coach WV Raman gets an extension or the BCCI invites fresh applications for the post.

Raman, who was appointed as head coach in 2018, was with the team in the recent home series against South Africa, which India lost.

The BCCI is also likely to take a call on the long pending tax and visa issue ahead of the T20 World Cup in India.

After its latest board meeting, the ICC said it expects hosts India to get the necessary visa guarantees and tax exemptions by the end of this month.

Last season, the BCCI had to scrap the Ranji Trophy for the first time in 87 years due to the pandemic but went ahead with the T20 and one-day events.

It could also finalise its stand on backing the ICC's bid for cricket's inclusion in the 2028 Olympics.

If it decides to support the game's inclusion in the Summer Games, it might have to give up on its autonomy and become a national sports federation.

It might also grant recognition to the Differently Abled Cricket Council of India, having conducted fruitful talks with the stakeholders recently.

The other agenda points include discussion on a representation made by Telangana Cricket Association and state of affairs in Jammu and Kashmir cricket, a body which the high court has asked BCCI to run till the elections are held.