Changes on cards as no end to India's middle-order woes 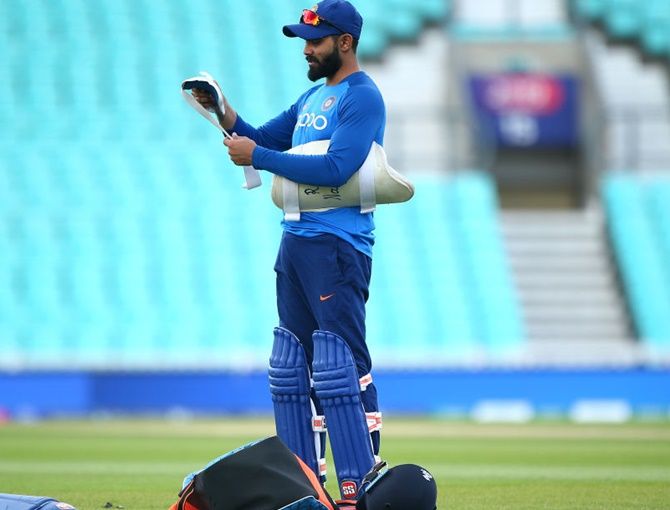 Kedar Jadhav and Yuzvendra Chahal could find their names struck off the final XI as India aim for a quick turnaround in their penultimate World Cup group league game against a battle-hardened Bangladesh, which is trying to stay relevant in a fight for the last-four berth.

The seasoned Bhuvneshwar Kumar and Ravindra Jadeja are in contention for the first XI berths keeping the odd dimensions of the Edgbaston ground in mind.

India are currently on 11 points from seven games and a win on Tuesday will ensure a smooth passage to the semi-finals unlike Bangladesh, who must win their last couple of league games in order to make their maiden entry into the last four stage.

Having received a rude shake-up from England, India will have very little time for recovery as they seek immediate course correction against a team, which boasts of the world's No 1 all-rounder Shakib Al Hasan in its ranks.

Mahendra Singh Dhoni's poor show as a finisher in a wobbly middle-order has already made the Indian team look vulnerable more than ever and insult to injury was the first lacklustre bowling day in the tournament, that led to an implosion.

India scored only 39 runs in the last five overs against England, with Dhoni and Jadhav at the crease. More than their inability to hit big shots, which was certainly the primary factor, the lack of intent was an eyesore.

However, the team management has rallied around their senior-most player and that makes Jadhav the possible fall guy, making Ravindra Jadeja's case for inclusion stronger by the day.

The primary logic could possibly be Jadeja being better at big-hitting compared to Jadhav, when batting at Nos.6 or 7. His wicket-to-wicket left-arm spin is a restrictive option and to top it all, his outstanding ability to field at any position.

The other factor that could play a massive role in this decision is the dimension of the Edgbaston ground, where the boundary on one of the sides is less than 60 metres.

Similarly, when England bowled, all their pacers were seen bowling to a field set on the side of the longer boundary, which helped them cut the number of sixes to a mere one.

After being outplayed tactically, the team management are eager to set things right and have understood that two wrist spinners could be a risk against the likes of Tamim Iqbal, Shakib, Mushfiqur Rahim, Liton Das and Mahmudullah.

With Bhuvneshwar Kumar being fit and available for selection, India for the first time in the tournament, could go in with three frontline pacers and in that case, Chahal may have to cool his heels after recording worst ever World Cup figures (0/88 in 10 overs) by an Indian bowler.

If Bhuvneshwar is included in the playing XI against Bangladesh, it will definitely bolster the lower-order batting.

For India, the important thing will be that Bangladesh's bowling won't have the same potency as England and they will heavily depend on Shakib's all-round exploits (476 runs and 10 wickets) that has got them so far in the tournament.

Bowling will be Bangladesh's weak link and Virat Kohli will certainly want to bat first on a placid track piling up more agony for the 'Tigers'.

Bangladesh's biggest problem is their skipper Mashrafe Mortaza, who has taken only one wicket in six games so far.

Mashrafe has lost the zip and is in the team because of his acceptability as the Bangladesh captain. 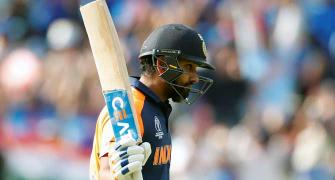 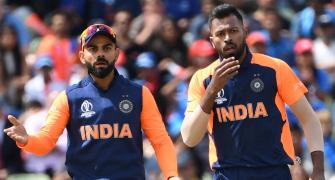 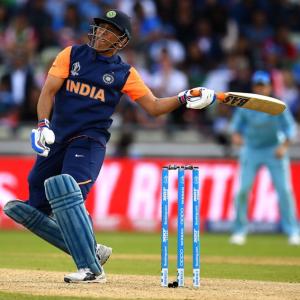