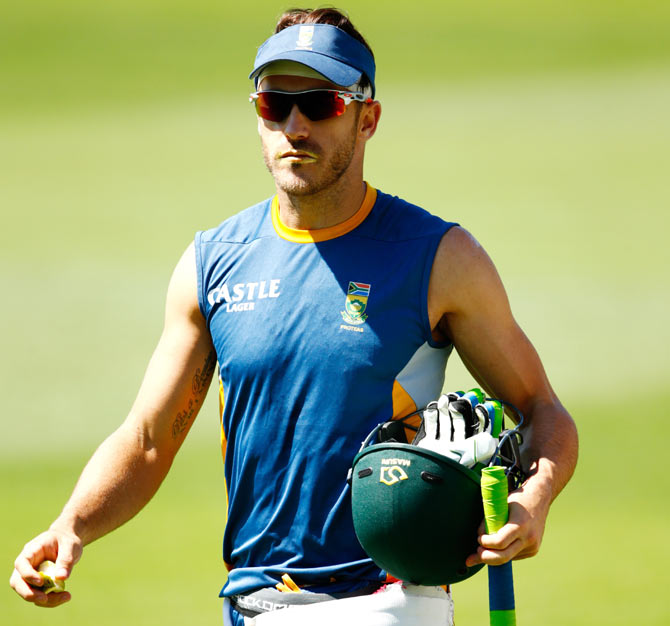 Cricket South Africa (CSA) has confirmed that Proteas captain, Faf du Plessis, has appealed the decision of the ICC Match Referee which found him guilty of a breach of Article 2.2.9 of the ICC Code of Conduct.

Faf was charged with ball tampering last week after footage emerged from the Hobart Test of him applying saliva to the ball with a mint in his mouth.

"Faf has decided to appeal the match referee’s decision after he and his legal team had studied the written reasons provided by the match referee." commented CSA Chief Executive, Haroon Lorgat.

"In his mind Faf is clear that he did not alter the condition of the ball nor did he intend to do so and that the match referee was not correct to find him guilty. He is understandably feeling aggrieved."

"CSA will support him to appeal the decision before an independent Judicial Commissioner as there are issues relating to fair and just process, interpretation of the rules, science and performance that needs to be considered." concluded Mr Lorgat.

As the matter will be subject to further legal process, neither Faf du Plessis nor CSA will make further comment on this matter.

Du Plessis earlier said that he had been made a 'scapegoat' by the ICC and denied any wrongdoing after being found guilty of ball-tampering during the second Test against Australia.

"Obviously the ICC has taken a stance against me, to use me probably as a scapegoat now, but all you can ask for is that everyone gets treated the same," Faf had said ahead of the Adelaide Test.